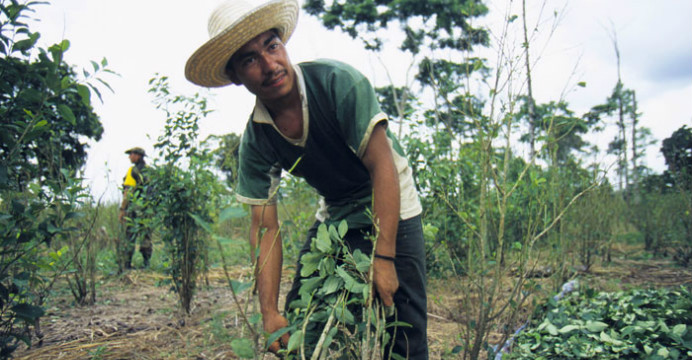 “The most recent measure of coca production in this country provided by the United Nations reveals an increase across national territory of close to 39 percent from 2014 to 2015,” Defense Minister Luis Carlos Villegas said in a statement.

He blamed the rise on the halting of crop-spraying by the authorities to destroy the coca, as well as new plantations cropping up in remote areas.

The United Nations ranks Colombia as the world’s biggest cocaine producer. Cocaine-trafficking has fueled the country’s deadly civil war over the past five decades.

The country’s largest rebel force, the Revolutionary Armed Forces of Colombia, signed a ceasefire with the government last month.

Both sides hope it will lead to a full peace deal within weeks. The full UN coca report is due to be presented in Bogota on Friday. Previous UN figures showed the country exported 442 tonnes of cocaine in 2014.