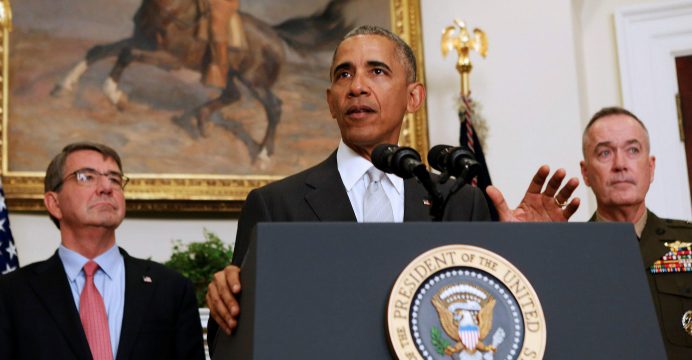 Barack Obama puts the brakes on the US pullout from Afghanistan﻿

President Barack Obama put the brakes on the US pullout from Afghanistan on Wednesday, saying 8,400 troops will remain in the war-ravaged country into next year to tackle the threat from a resurgent Taliban, reports BSS.

But he said a still “precarious” security situation, with Afghan security forces struggling to contain the Taliban, made such a move untenable. 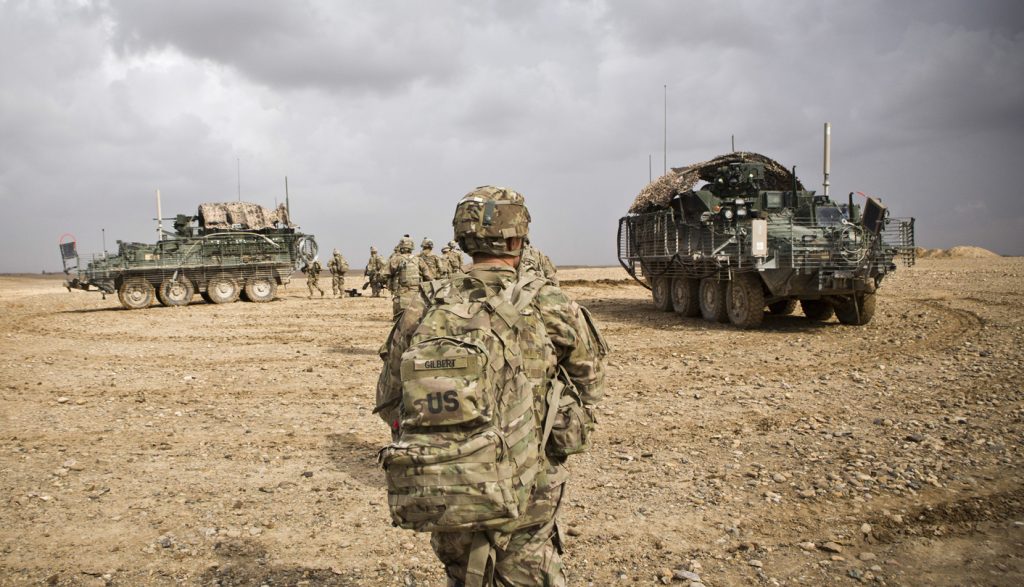 U.S. Army soldiers with Charlie Company, 36th Infantry Regiment, 1st Armored Division head back to their vehicles at the end of a mission near Command Outpost Pa’in Kalay in Maiwand District, Kandahar Province

“Instead of going down to 5,500 troops by the end of this year, the United States will maintain approximately 8,400 troops in Afghanistan into next year through the end of my administration,” Obama told a news conference.

“It is in our national security interest, especially after all the blood and treasure we’ve invested in Afghanistan over the years, that we give our Afghan partners the very best opportunity to succeed,” he added.

With only a few months left in office, Obama said he wanted to leave additional troops in place so his successor “has a solid foundation for continued progress” in Afghanistan.

Most of the US troops work as trainers or advisers to Afghan partners and operate under the NATO banner. About 40 NATO members and partner countries currently contribute to the overall force of nearly 13,000.

It was not immediately clear whether Obama’s decision would influence other nations’ troop levels, though the issue is sure to be central at a NATO summit in Poland this week.

Obama’s announcement is an acknowledgement that Afghan forces, who took charge of the country’s security in 2015, still face massive institutional shortcomings.

They have suffered a devastating string of setbacks at the hands of the Taliban, including the temporary loss of the city of Kunduz, and more than 5,000 Afghan troops were killed last year alone. Other organizations, including the Islamic State group, have meanwhile stepped up activity.

“Even as they improve, Afghan security forces are still not as strong as they need to be. With our help, they’re still working to improve critical capabilities, such as intelligence, logistics, aviation and command and control.”

Stephen Biddle, an Afghanistan expert and professor at George Washington University, said adjustments to the comparatively small US troop presence — the Afghans have about 320,000 police and troops — would make little difference to local security capabilities until Afghanistan tackles issues such as deeply entrenched corruption.

“The ability of the Afghans to hold the line is not primarily being shaped by whether there are 9,800 or 8,400 or 5,500 US soldiers,” Biddle told AFP, noting that the troop count number is “more about the optics and the politics of this than it is about military capability.”

In particular, the Pentagon needs to maintain a steady troop level to ensure continued Congressional funding for the Afghan cause, Biddle said.

Obama himself acknowledged that the solution to the conflict, which has dragged on for 15 years, would not be military alone.

“The only way to end this conflict and to achieve a full drawdown of foreign forces from Afghanistan is through a lasting political settlement between the Afghan government and the Taliban,” he said.

“That is why the United States will continue to strongly support an Afghan-led reconciliation process, and why we call on all countries in the region to end safe havens for militants and terrorists.”

But diplomatic efforts to engage with the Taliban are in disarray. The United States in May killed the group’s leader, Mullah Akhtar Mansour, in a drone strike in Pakistan.

Obama’s decision follows a review of the security situation by General John Nicholson, the new commander of the US-led NATO mission in Afghanistan.

Republican Senator John McCain, a longtime critic of Obama’s military policies, welcomed the move, but said the president should have kept the entire 9,800 US troops in the country.

Still, he said, “the decision to retain 8,400 US troops in Afghanistan into next year is certainly preferable to cutting those forces by nearly half.”

US forces have been in Afghanistan since the US-led invasion to oust the Taliban in late 2001. The United States has spent in total about $1 trillion since, and some 2,200 US lives have been lost in the longest war in US history.