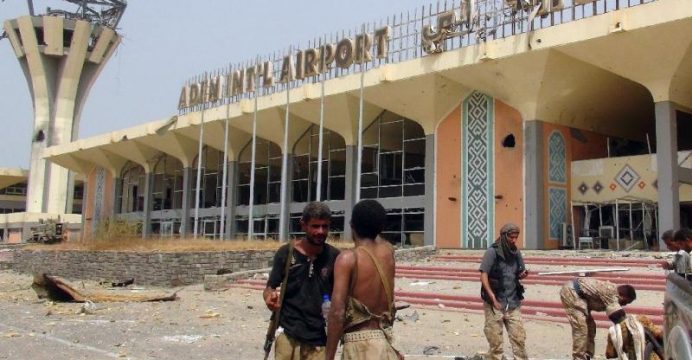 At least six people were killed in a double car bomb attack on Wednesday targeting a military base adjoining Aden international airport in southern Yemen, according to a military source who blamed jihadists, reports BSS.

The attackers detonated a car bomb at the entrance to the base, allowing a second vehicle to drive inside where it exploded, the source told reporters, with at least six dead among the military in an updated toll.

“The attackers were jihadists,” the source said.

Clashes then broke out between troops and attackers in the base, which was sealed off by government forces sent as reinforcements, witnesses said.

The attack came as Muslims celebrated the feast of Eid al-Fitr which marks the end of the holy fasting month of Ramadan.

The port city of Aden is under the control of government forces who are struggling to secure it more than a year after it was taken back from Shiite Huthi rebels who have seized control of large parts of the country.

Yemen-based Al-Qaeda in the Arabian Peninsula has exploited the power vacuum created by civil conflict in the impoverished country to expand its presence in the south and southeast.