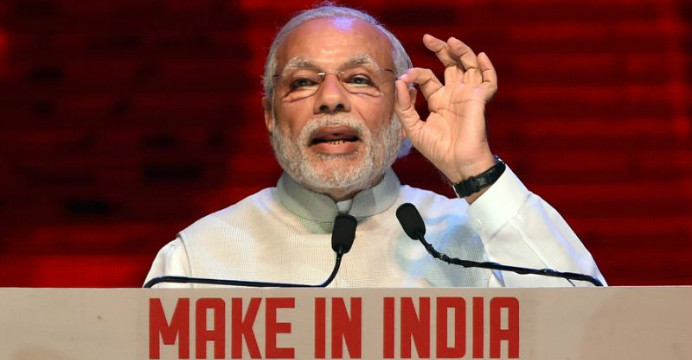 India has been working to improve ties with African nations as it vies for a greater share of the continent’s natural resources. Last year, it hosted a major summit of the Africa’s heads of state in New Delhi.

Modi will head first to Mozambique, marking the first visit by an Indian prime minister in 34 years, before travelling on to South Africa, Tanzania and Kenya. 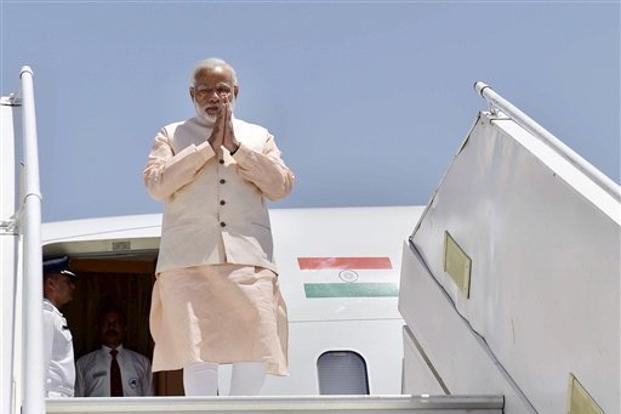 Narendra Modi will head first to Mozambique, marking the first visit by an Indian prime minister in 34 years

“The visit marks an unprecedented diplomatic outreach to the African continent and underlines the importance that India places on forging a multi-layered relationship with a rising continent,” political analyst Manish Chand told reporters.

“The visit is not going to be just about the optics. It is underpinned by a substantive agenda encompassing all areas of interest — economic as well as strategic,” said Chand, the editor of Africa Quarterly.

India’s economic presence in Africa is dwarfed by that of China, whose trade with the continent topped $200 billion last year — more than the GDP of the 30 smallest African economies combined.

But it is gaining ground, dominated by the energy sector and led by private entrepreneurs. India is now South Africa’s sixth largest trade partner, with two-way trade reaching $5.3 billion in 2015-16.

South Africa has also been vocal on the need to reform the UN Security Council, making it a natural ally in India’s long-running campaign to be made a permanent member.

India and Africa are together home to a third of the world’s population, but neither India nor any African country has a permanent seat on the council, which is made up of China, Russia, the United States, the United Kingdom and France.

“South Africa is seen as a representative of the continent,” said Chand.

“It’s a part of the BRICS grouping and has been shaping the global discourse.”

With 1.3 million people of Indian origin it also has the largest diaspora population in Africa, a major element of Modi’s diplomatic push across the world since taking office two years ago.

On Friday he will address a thousands-strong audience at a stadium in Johannesburg, having hosted similar rallies for the diaspora in cities from New York to London.

India’s foreign ministry sought to downplay any rivalry with China and denied New Delhi had neglected the continent in the past.

“(Relations between India and Africa) are like the two banks of the river which are apart but never separate. We are trying to bridge that,” said Amar Sinha, secretary for economic relations in the foreign ministry.

“Africa is a huge continent, it has tremendous requirement for development assistance and infrastructure building. Everybody can chip in.”