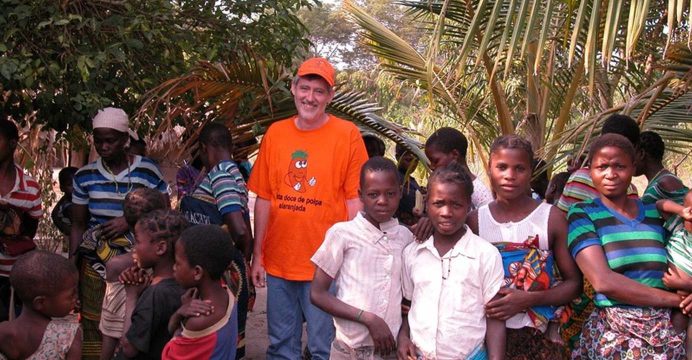 The prestigious World Food Prize has this year been awarded to 4 scientists from the DFID-funded international agriculture research organisation, the CGIAR.

Maria Andrade, Robert Mwanga and Jan Low from the International Potato Center and Howdy Bouis from HarvestPlus were recognised for their ground-breaking work on biofortified foods, in particular a Vitamin A-enriched sweet potato which has helped millions of people beat malnutrition.

“Congratulations to this innovative team of researchers for achieving the World Food Prize. The UK has long been at the forefront of the push to eliminate malnutrition and I am proud of DFID’s role in this achievement.

“Malnutrition contributes to the deaths of 45% of children under the age of 5, and is also both a cause and consequence of civil unrest and migration. Tackling it will not only help millions of the world’s poorest, but is firmly in the UK’s national interest.”

The award-winning team of researchers – which includes 2 African and 2 female scientists – set out not only to create biofortified crops which could dramatically improve nutrition, but also to raise the profile of these nutritious foods in Africa and encourage people to eat them.

More than 2 million households in 10 African countries are now planting and consuming the team’s sweet potato. Other crops which have been developed by CGIAR include biofortified beans, rice, wheat, pearl millet, cassava and maize. An estimated 10 million people will avoid malnutrition and disease as a direct result of the researchers’ work on biofortification.