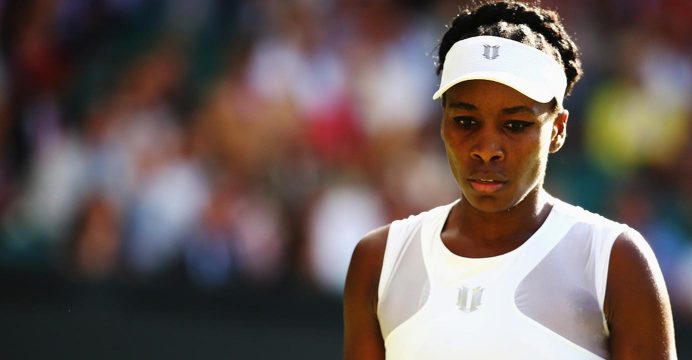 In a scrappy match, the five-times champion – the oldest woman in the draw at 36 – drew on her experience to see off the Kazakh player contesting her first Wimbledon quarter-final.

There was little to choose between the two as they slugged it out in the first set, with neither finding much rhythm. But Shvedova’s challenge crumbled after she narrowly lost a tiebreak she had led 5-2.

The 28-year-old, ranked 96, made a string of errors in the second set while her seasoned American opponent – sensing her opportunity – found her range and produced a succession of winners off both flanks.

Williams, the 8th seed, advances to her first grand slam semi-final since the 2010 U.S. Open and will face Germany’s fourth-seeded Angelique Kerber.

The American said she was delighted with the quarter-final victory.

“If you are Serena Williams, this happens a lot – but as Venus Williams, this is an awesome day,” she said referring to her sister, the world number one, who was playing later.