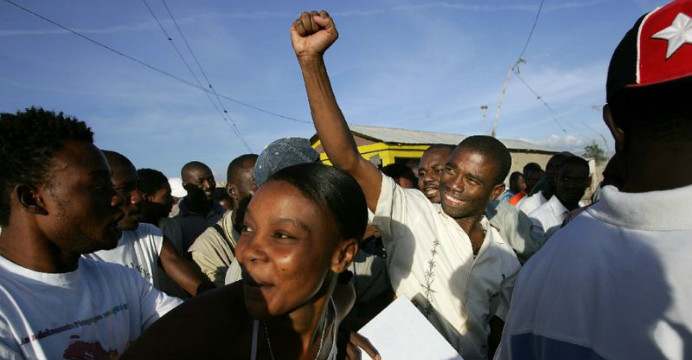 Haitian senate candidate Guy Philippe was the mastermind behind an attack on a police station that left one officer dead and two injured, police announced on Monday, reports BSS.

“This attack was planned during a meeting held by alleged criminals posing as members of the former Armed Forces of Haiti under the auspices of Guy Philippe,” a criminal investigation into the May incident concluded, referring to the country’s former military that disbanded in 1995.

The police requested the judiciary to issue arrest warrants for Philippe — who denies involvement — along with twenty others.

The incident, which took place the night of May 15, involved 50 heavily armed attackers wearing khaki uniforms who stormed a police station in the town of Les Cayes in southern Haiti.

The assailants left the scene with 20 guns and bulletproof police vests. One attacker was killed in the clash and three others died in a car crash during their escape.

Philippe, a 48-year-old former soldier, participated in armed rebellions in 2003 and 2004 that sent ex-president Jean-Bertrand Aristide into exile.

They are now slated for October 9. The country’s electoral commission scheduled new presidential election dates for October 9 and January 8 after scrapping the original results.