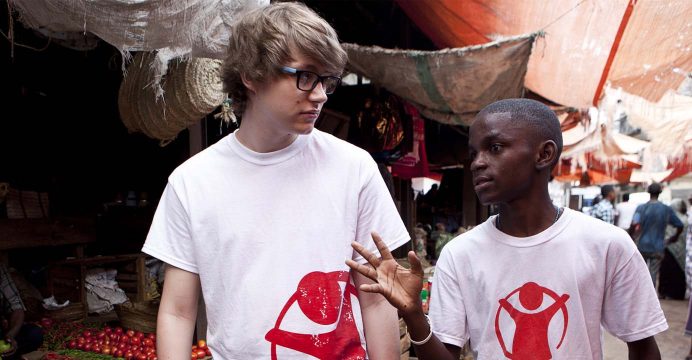 The bipartisan Foreign Aid Transparency and Accountability Act of 2015 (H.R. 3766) is one step closer to becoming law after the Senate unanimously approved passage late Tuesday night.

Save the Children thanks bill sponsors Senators Marco Rubio (R-FL) and Ben Cardin (D-MD) and Representatives Ted Poe (R-TX) and Gerry Connolly (D-VA) for their leadership and persistence in getting the bill to this point as well as Senate Majority Leader Mitch McConnell (R-KY) and Minority Leader Harry Reid (D-NV) for their support of this important legislation. We urge the House of Representatives to move quickly to pass the bill before the legislative session ends so that it can be sent to the President for his signature.

“The U.S. is facing an unprecedented number of humanitarian and development challenges around the world today. Efforts to ensure that our limited foreign assistance is being spent effectively, such as the Foreign Aid Transparency and Accountability Act, must be prioritized,” said Carolyn Miles, Save the Children President and CEO and Co-Chair of the Modernizing Foreign Assistance Network.

Access to clear and detailed information about aid projects that is compatible with international standards enables people living in developing and donor countries to hold their governments accountable for development outcomes. The U.S. government has taken significant steps in the right direction in recent years, launching the foreignassistance.gov website and committing to increased transparency with other global donors. Final passage of the Foreign Aid Transparency and Accountability Act into law will help to ensure that this progress continues.

Carolyn Miles, President and CEO of Save the Children, serves as co-chair of the Modernizing Foreign Assistance Network, a reform coalition composed of international development practitioners and experts as well as concerned citizens and private sector organizations. MFAN works to make U.S foreign assistance more effective and transparent.

Save the Children gives children in the United States and around the world a healthy start, the opportunity to learn and protection from harm. We invest in childhood — every day, in times of crisis and for our future. Follow us on Twitter and Facebook.