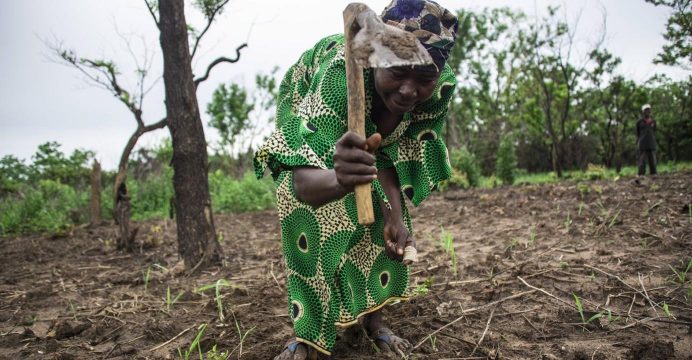 WFP and UN partners have been concerned about hunger and food insecurity in Papua New Guinea caused by El Niño. Even as the El Niño effect has wound down, its impact continues with, 180,000 people are suffering from agricultural loss and require food assistance.

WFP, in partnership with CARE International and provincial authorities, has to date reached 45,795 people (9,159 families) with rice in the Highlands, specifically in Pilikambi Rural and Wage Rural LLGs, Enga Province. Each household received a 70 kg ration of rice, fortified with essential vitamins and minerals and calculated to last six weeks. WFP plans to reach 180,000 people in the country in total.

WFP is particularly concerned about the effect of agricultural losses on women in the country. Reports show that Papua New Guinean women frequently skip meals during periods of food shortage, such as the one caused by El Niño. Nearly half of the people who have received food to date are women, including widows and divorced women.

In Western Province, WFP continues to provide logistics coordination and technical guidance to local Government authorities for distributions of rice provided by the private sector.

WFP relies entirely on voluntary funding from governments, companies and private individuals. The cost of the three-month operation designed to support the government response to the drought in PNG is US$12.6 million. WFP thanks the governments of Japan, the European Union, and the U.S. as well as OCHA, the UN agency for the coordination of humanitarian affairs, for their generous funding support. WFP also thanks private partner Digicel for their contribution.