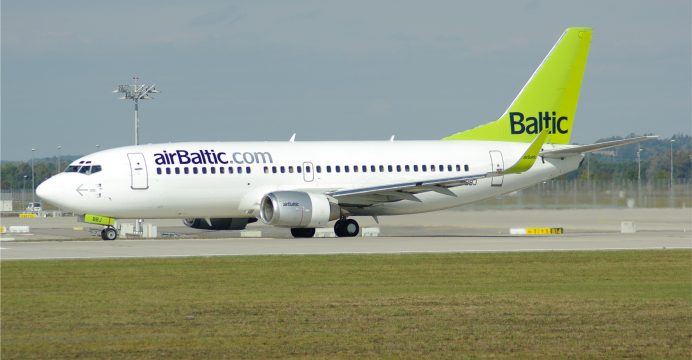 airBaltic load factor +20% up in Estonia

The Latvian airline airBaltic has achieved +20.8% increase in load factor in June for its oldest direct routes out of Tallinn.

airBaltic has substantially lowered fares this year, now starting as low as EUR 15,- and generated additional passengers on its direct routes linking Tallinn with Vienna, Berlin, Riga, Paris. This helped the carrier to improve the load factor on these routes to 79% in June compared to the same period a year ago. This means that travellers to and from Estonia have purchased, on average, 79 out of 100 available seats.

As previously reported, in April and May 2016 airBaltic for the first time in history became No. 1 airline in Estonia by passenger numbers. airBaltic has further strengthened its offering out of Tallinn by launching a direct service to Vilnius with two convenient morning and evening departures and prices starting at 29 EUR. As part of its Horizon 2021 plan, airBaltic will operate 11 direct routes out of Tallinn and Vilnius in the next five years, in combination with convenient transfers via Riga.