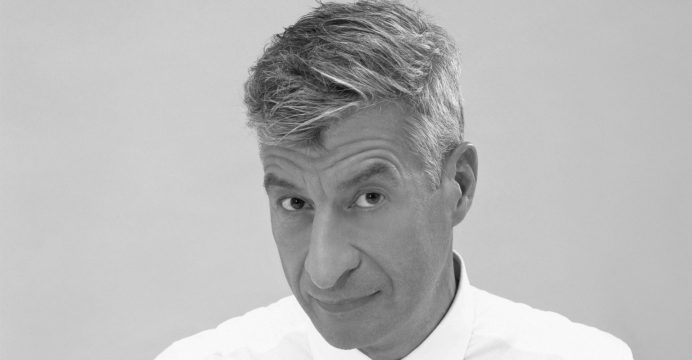 Maurizio Cattelan neither creates a BMW Art Car nor art

On the occasion of the opening of this year’s Rencontres d’Arles Festival of Photography (July 4 – September 25) its long-term partner BMW and Toilet Paper, a bi-annual avantgarde picture-based publication and brand created by artist Maurizio Cattelan together with photographer Pierpaolo Ferrari, announce the joint creation of a BMW i3 “Spaghetti Car.”

Lest there be any confusion, it must be officially clarified that what Maurizio Cattelan created is not an official BMW Art Car. The artist’s design will be destroyed according to Cattelan’s wishes sometime after Rencontres d’Arles.

As for the next BMW Art Cars following up on the one Jeff Koons created in 2010, a BMW M6 GT3 is currently being turned into a “rolling sculpture” by both by US West Coast legend John Baldessari as well as young Beijing-based multimedia artist Cao Fei – with upcoming racing events and world premieres in late 2016/2017. 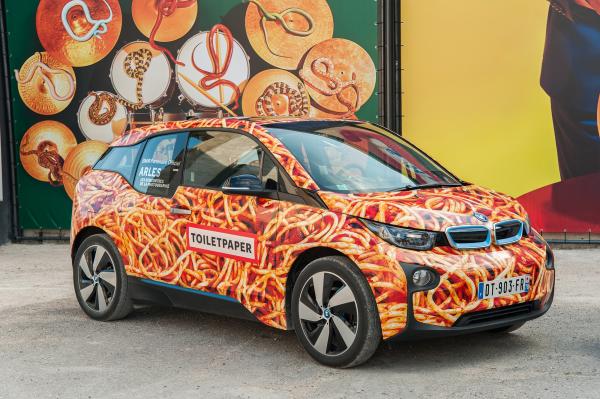 Maurizio Cattelan has still officially retired from “art” since his 2011 retrospective at the Guggenheim Museum, New York, although he only recently created a toilet bowl made of solid gold for the Upper East Side institution.

All of which did not stop his auction results to climb to over 15 million dollars earlier this year, creating doubt of how long precisely he can keep up with mounting pressure from many sides not to create “art.”

True to his own words in regard to the “Spaghetti Car,” here’s what Maurizio Cattelan had to say about neither creating “art” nor creating a BMW Art Car:

“This is by far the best Spaghetti Car I have tasted! All those years of perfecting definitely paid off! Totally awesome!”

“I have been disappointed in my efforts to make a good spaghetti sauce since I started cooking 37 years ago.”

Serge Naudin, President of BMW France, was also delighted to collaborate: “The long-term cultural commitment of BMW France evolves around photography. It comes natural to count us among the admirers of Maurizio Cattelan. As for creating “art,” we love what he does and we love it just as much when he does not do anything.”

The “Spaghetti Car” is part of Toilet Paper’s “Hors Cadre / Out of context.” The exhibition will invade public space in Arles during the time of the festival. The BMW i3 becomes a mobile piece of this outdoor media installation including XXL wall murals and deck chairs.

The BMW i3 was launched in 2014 as part of BMW i, the BMW brand standing for visionary vehicle concepts and technologies, connected mobility services as well as a new understanding of premium defined by sustainability.

BMW was thrilled to entrust a BMW i3 to Maurizio Cattelan, as the car manufacturer and the artist had already teamed up for the Berlin Biennial in 2006, which he co-curated. Since 2010 BMW France has been a partner of Les Rencontres d’Arles.

This year, the most recent recipient of the Résidence BMW scholarship, a cooperation with the Musée Nicéphore Niépce will be announced. An exhibition of the 2015 laureate, Alinka Echeverría, will take place at the Commanderie Sainte Luce in Arles as well as during Paris Photo at the Grand Palais, Paris, in November 2016.