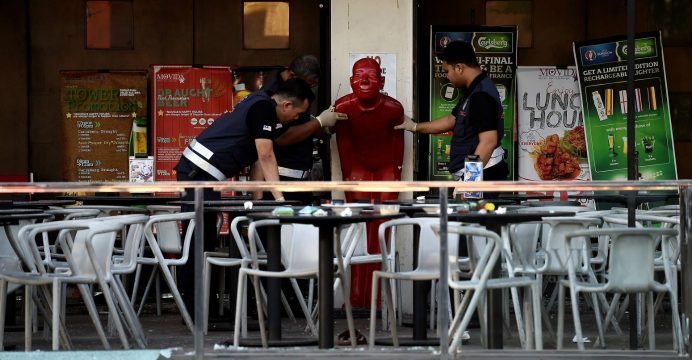 Grenade attack on restaurant in Malaysia is linked to IS

Malaysian police said on Monday that, a recent hand grenade attack on a restaurant was linked to the Islamic State group, after initially saying the incident was not terror related, reports BSS.

“There were elements of IS involvement in the attack,” national police chief Khalid Abu Bakar told reporters on Monday.

Eight people were injured when a hand grenade was thrown at a restaurant in Malaysia’s central Selangor state on June 28, in an assault police initially described as related to a business rivalry or as a revenge attack. 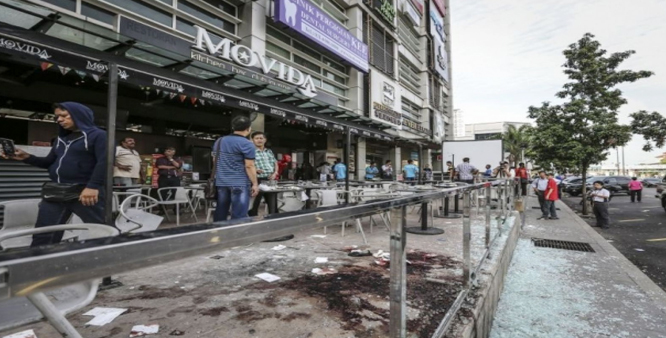 Two Malaysian men have now been arrested in connection with the incident, while two more suspects were on the run.

“We found out that the two of them received instructions from one of our own citizens in Syria… to conduct attacks in Malaysia,” Khalid said.

Thirteen other Malaysians, including two “low-level policemen”, have also been arrested over suspicions of terrorism-related activities unrelated to the Selangor incident.

Malaysia practises a moderate brand of Islam and has not seen any notable terror attacks in recent years. But concern has risen in the multi-faith nation, with authorities saying scores of Malaysians had gone to join IS in Syria and Iraq.

Four suspected jihadists were arrested in January, and in April last year 17 people were arrested on suspicion of plotting terror attacks in Kuala Lumpur.

In 2014, police said they had foiled an IS-inspired plot to bomb pubs, discos and a Malaysian brewery of Danish beer producer Carlsberg, arresting more than a dozen people.