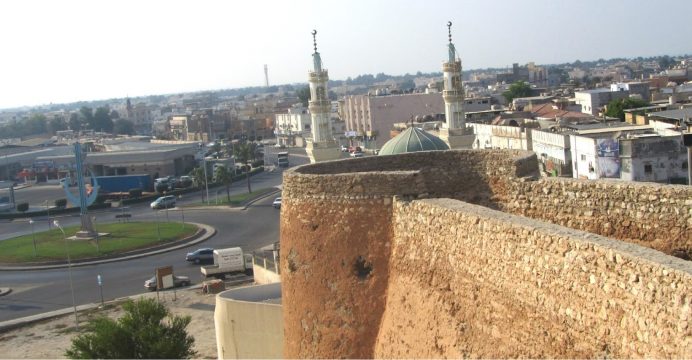 Two explosions shook the city of Qatif in eastern Saudi Arabia, where many of the kingdom’s Shi’ite Muslim minority live, and witnesses said body parts could be seen in the area of the blast.

A witness said one explosion destroyed a car parked near a mosque, followed by another explosion just before 7 p.m. local time. Body parts could be seen and they are believed to be that of an attacker, the witness added, reports Reuters.

Photographs purporting to be of the incident published on Twitter showed a severed leg and crowds gathered outside a mosque at dusk. Some posts said the explosion was caused by a suicide attacker setting off a bomb.

Reuters could not immediately verify the images or confirm the information.

The incident happened just hours after a suicide bomber was killed and two people were wounded in a blast near the U.S. consulate in the kingdom’s second city of Jeddah on Monday.

It was the first bombing in years to attempt to target foreigners in the kingdom. There was no immedaite claim of responsibility for the Jeddah attack.

Islamic State has carried out a series of bombing and shooting attacks in Saudi Arabia since mid-2014 that have killed scores of people, mostly members of the Shi’ite Muslim minority and security services.