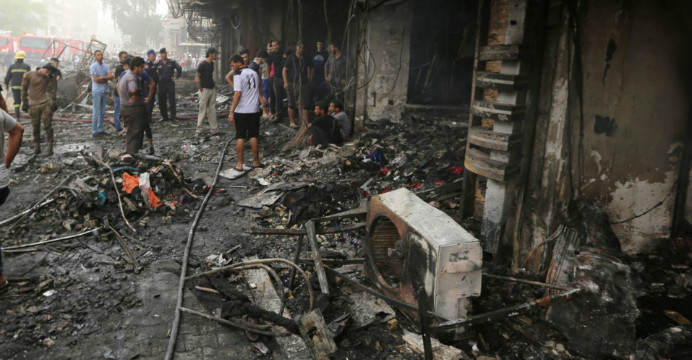 At least 213 people were killed in Sunday’s Baghdad suicide bombing claimed by the Islamic State group, officials said, making it one of the deadliest ever militant attacks in Iraq, reports BSS.

The suicide car bombing, which ripped through a crowded shopping area and sparked infernos in nearby buildings, also wounded more than 200 people, security and medical officials told reporters on Monday.

The area in the capital’s Karrada district was crowded with people shopping ahead of the holiday marking the end of the holy Muslim fasting month of Ramadan. 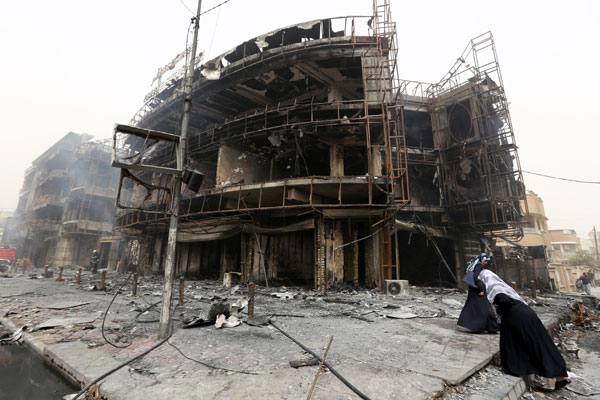 Iraqi Prime Minister Haider al-Abadi vowed “punishment” for those responsible, and his office declared three days of mourning for the victims of the attack.

Abadi also ordered changes aimed at addressing long-standing flaws in Baghdad security measures, including scrapping fake bomb detectors that were in widespread use at checkpoints years after the man who sold them to Iraq was jailed for fraud in Britain.

The bombing came just a week after Iraqi forces won a major victory over IS, retaking the city of Fallujah, one of the jihadist group’s last remaining strongholds in the country.

IS’s defeat there was compounded by a devastating series of air strikes targeting jihadist forces as they sought to flee the Fallujah area.

Iraqi and US-led coalition aircraft destroyed hundreds of IS vehicles and killed dozens of fighters in two days of strikes against jihadist convoys after the end of the Fallujah battle, officials said.

Bombings in the capital had decreased since IS overran large areas north and west of Baghdad in June 2014, with the jihadists apparently more concerned with operations elsewhere.

But the group has struck back against Iraqi civilians after suffering military setbacks, and in May, Baghdad was rocked by a series of blasts that killed more than 150 people in seven days.