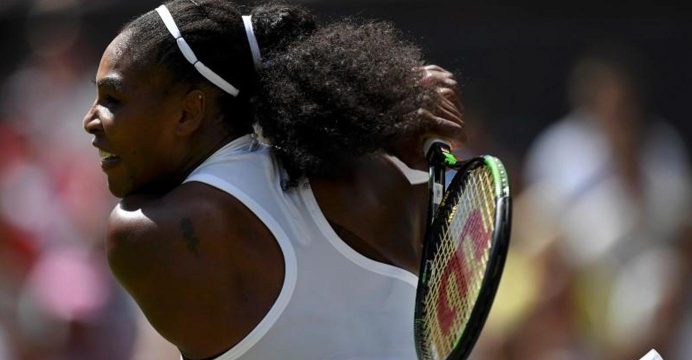 Williams looked in no mood to follow men’s top seed Novak Djokovic out of tournament after his shock defeat on Saturday and treated the middle Sunday party crowd to an imperious 51-minute performance.

She thundered down the biggest women’s serve of the grasscourt major so far at 123 mph (198 kph), followed by an ace, to seal the first set against the unseeded 22-year-old.

Williams, who suffered a scare in round two against fellow American Christina McHale, romped through the second set in 20 minutes as Beck’s resistance crumbled.

The 34-year-old will play Russia’s Svetlana Kuznetsova in the last 16 on Monday as she continues her quest to equal Steffi Graf’s record of 22 major titles.