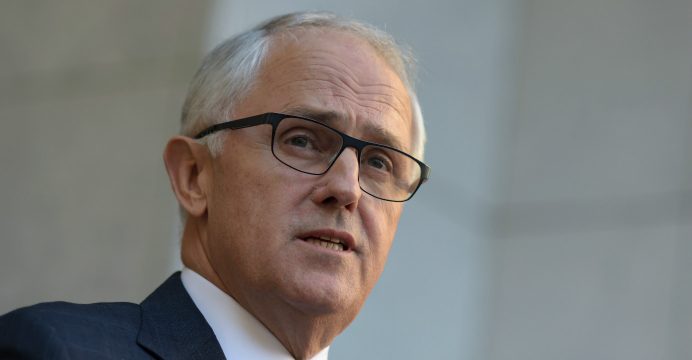 Australia was in political limbo on Sunday after voters failed to hand Prime Minister Malcolm Turnbull the stability he craved in calling an election, with the nation instead facing the prospect of a hung parliament, reports BSS.

The former banker went to the polls early looking to shore up support and deliver a strong government based on a “jobs and growth” agenda after ousting fellow Liberal Tony Abbott in a party coup last September to become the country’s fourth leader in recent years.

But he now faces the prospect of having to deal with independents and minor parties to stay in power after a near three percent swing away from the government. 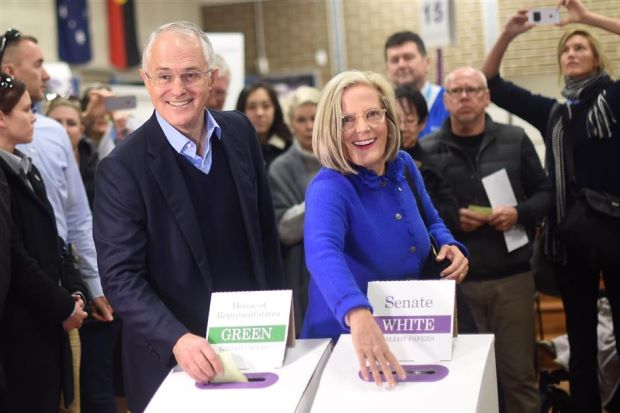 After a host of postal votes were added to running totals Sunday, his Liberal/National coalition had 65 seats to Labor’s 67, the Greens one and independents four, results showed.

That leaves 13 seats still too close to call with 76 needed to rule outright in the 150-seat House of Representatives. A final outcome is not expected until Tuesday with millions of postal and absentee votes yet to be processed, with experts saying these traditionally favour the incumbent.

Despite a host of coalition MPs being dumped, Turnbull was confident when he addressed supporters in Sydney in the early hours of Sunday morning.

“Based on the advice I have from the party officials, we can have every confidence that we will form a coalition majority government,” the 61-year-old said.

In a defiant speech, he accused the centre-left Labor of running a scare campaign about the public healthcare system and said he would seek to unite Australians.

“The election is over. Only the counting remains. And now is the time to unite in Australia’s aid, in Australia’s service to ensure that we can have truly the very best years for our country ahead of us.”

Turnbull had campaigned on tough asylum-seeker policies and a plan to hold a plebiscite on gay marriage, but mostly on reinforcing his economic credentials as the country transitions from a mining investment boom to a more diversified economy.

He also used the instability sparked by Britain’s shock vote to leave the European Union to warn that Australia must have “calm heads, steady hands and a strong economic plan”.

Opposition leader Bill Shorten tapped into this, focusing his last days of campaigning on health which helped Labor bounce back strongly after being thumped by the conservatives at the last election in 2013.

“Whatever happens, whether we are in government or in opposition, the Labor Party is re-energised, it is unified and it is more determined than ever,” he told cheering supporters in Melbourne.

“And we promise the Australian people that from government or indeed opposition we will save (public healthcare service) Medicare.”

Shorten had claimed the government was planning to privatise parts of Medicare, which Turnbull said was “an extraordinarily dishonest scare campaign”.

Turnbull called the election not just to shore up support but because crossbenchers — politicians who are independent or from minor parties — held the balance of power in the upper house Senate.

They had failed to pass deadlocked legislation to overhaul unions, which provided the trigger for a double dissolution of parliament, where all seats in the upper and lower houses are contested.

But even if he manages to form government, there is no guarantee the new Senate will be more amenable. Votes are yet to be finalised but the likes of One Nation’s Pauline Hanson, who once claimed Asians were in danger of swamping the country, is expected to be elected to the upper house.

She looks likely to be joined by a host of other unconventional candidates, including long-time journalist and broadcaster Derryn Hinch, known as the “human headline”, who campaigned on justice for the victims of criminals.