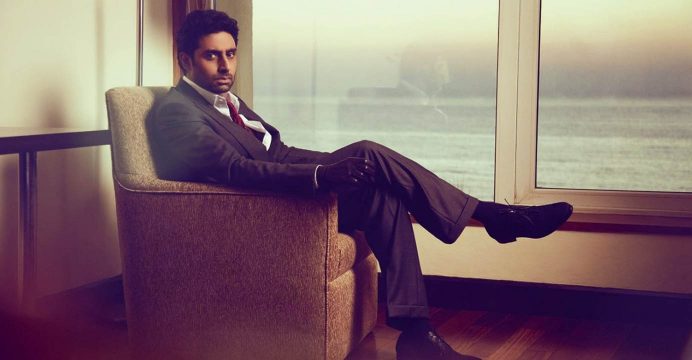 Actor and owner of Pro Kabaddi team Jaipur Pink Panthers Abhishek Bachchan never ceases to awe us. After the Jaipur Pink Panthers won against the Bengal Warriors last night, an emotionally overwhelmed Abhishek was seen celebrating his team’s victory with the fans present. Not only that, he took to social media and via Facebook Live he engaged and celebrated with his fans, Reports Bollyspace.

Junior Bachchan was ecstatic and went around shaking hands of supporters and team members congratulating one and all in jubilation.

It is a rare sight to see a celebrity so passionate about sports and and be emotionally invested in his team’s performances. The Jaipur Pink Panther’s are unbeaten at their home ground, and team owner Abhishek couldn’t have been prouder! Isn’t he just the coolest team owner ever.