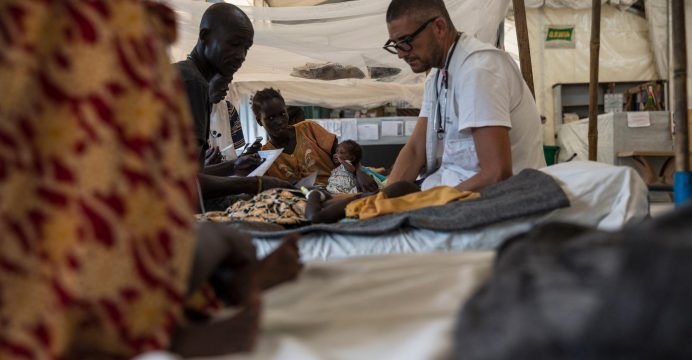 About 60,000 people trying to flee Syria are trapped without aid in extremely harsh conditions near Jordan’s northeastern border, the international medical humanitarian organization Doctors Without Borders/Médecins Sans Frontières (MSF) said today, calling for an immediate resumption of humanitarian assistance and international efforts to protect and relocate this population. 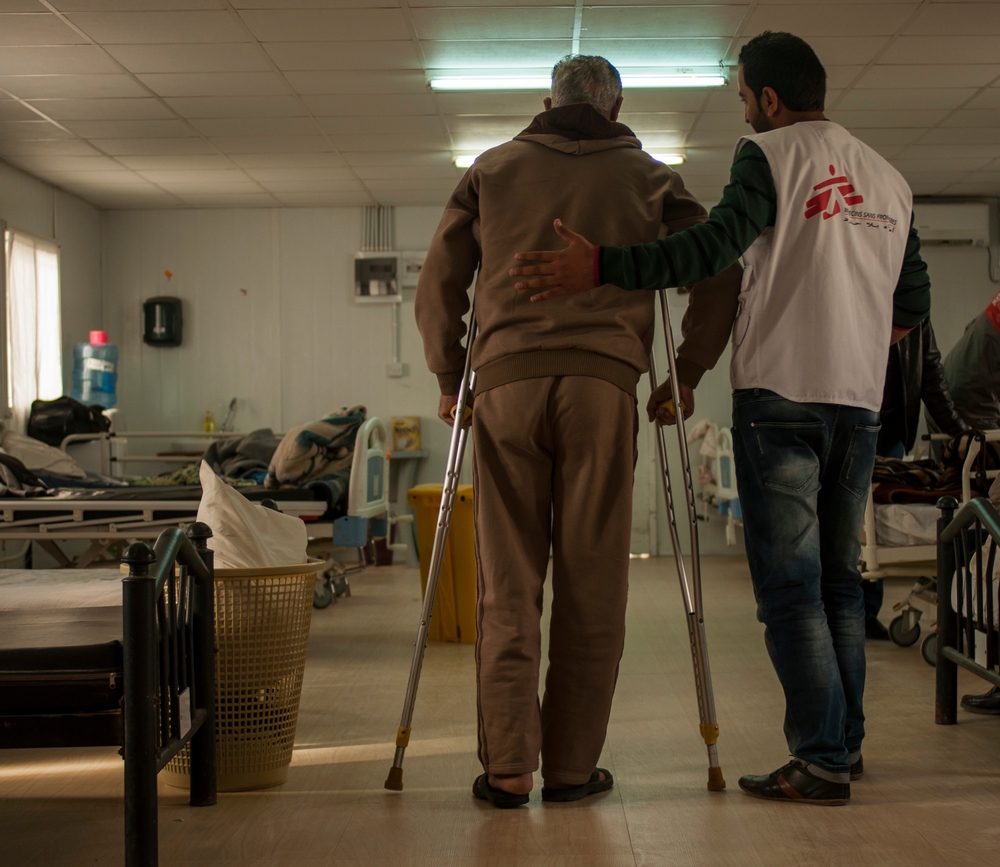 In the wake of a suicide attack on a nearby military post on June 21, which killed seven Jordanians and injured 14 others, no food or medical assistance—and only extremely limited water—have reached the people who have gathered in a large informal camp in an area known as the “berm.” MSF ran a mobile health clinic for people trapped at the berm before it was forced to suspend its activities following the attack.

“These people—more than 50 percent of whom are children—desperately need the immediate resumption of the provision of food, water and medical care,” said Benoit De Gryse, MSF’s operations manager. “This cannot wait.”

“But assistance alone is not enough,” De Gryse continued. “People fleeing war should be offered international protection and a safe place to relocate. Neither Syria nor the border are safe today. This is a collective responsibility and a massive failure of the international community. Jordan cannot be left alone to deal with the fallout of the war in Syria. There are plenty of countries both in and outside the region who should also step up to offer a safe place for refugees.”