British Airways customers flying from Gatwick this week had to do a double-take at what appeared to be an alligator, more at home in the fresh water of Florida rather than a UK airport, which had appeared on the runway.

In reality what they were seeing was an optical teaser as the ‘alligator’ was in fact three models who had been painstakingly painted over five hours by a specialist artist to resemble the large reptile, with the aim of helping the airline to promote great deals to Florida. 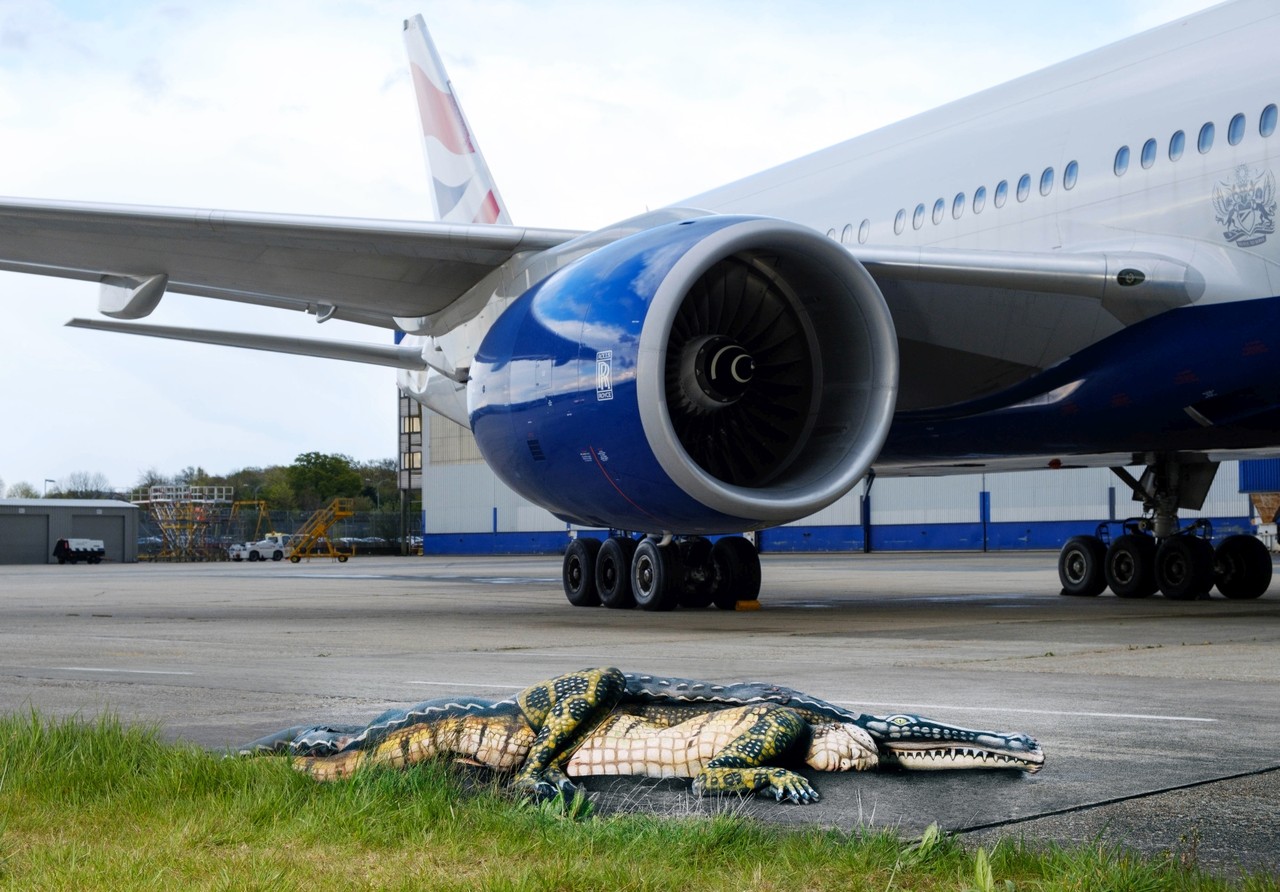 Johannes Stoetter, body painting artist, said: “I love a new challenge and when British Airways asked me to create an alligator I couldn’t wait.

I normally paint and photograph my artwork in a studio, so to see my artwork in front of one of the airline’s planes on a runway was a truly great experience and possibly one of the most challenging yet.” Adam Daniels, British Airways’ chief commercial officer, said: “British Airways has some fantastic deals to Florida available for customers to snap up as we fly to both Tampa and Orlando from Gatwick and to Miami from Heathrow.

For those wanting to see some real alligators, customers can book an experience through British Airways Holidays and head to the Everglades National Park!”   British Airways is offering holidays from just £479 per person including flights to Orlando and accommodation.

The airline flies from Gatwick to Orlando 13 times a week and to Tampa seven times a week and from Heathrow to Miami 14 times a week. The airline’s flights include a generous free cabin baggage allowance, free on-line check-in, seat allocation and complimentary food and drink on board. Customers can also hold a flight for up to 72 hours for just five pounds and reserve a break away with British Airways Holidays from just £150.