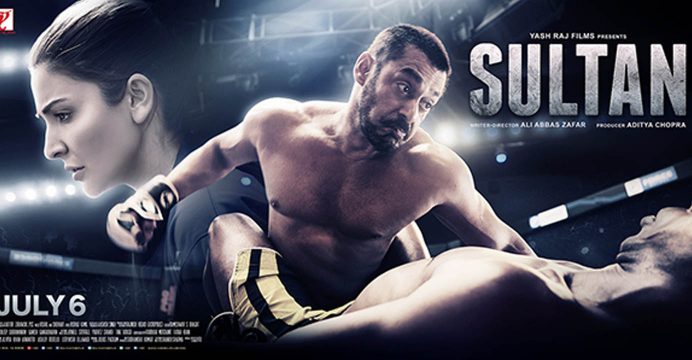 A peek into the World of Sultan

Set to release on July 6th, Sultan starring Salman Khan and Anushka Sharma has been making waves since it was first announced.

The trailer has in fact hit over 100 million views and counting! Sultan certainly packs a powerful punch!

The film, directed by Ali Abbas Zafar tells the story of Sultan Ali Khan – a local wrestling champion with the world at his feet as he dreams of representing India at the Olympics.

It’s a story of Aarfa – a feisty young girl from the same small town as Sultan with her own set of dreams.

When the 2 local wrestling legends lock horns, romance blossoms and their dreams and aspirations become intertwined and aligned.

However, the path to glory is a rocky one and one must fall several times before one stands victorious – More often than not, this journey can take a lifetime. Sultan is a classic underdog tale about a wrestler’s journey, looking for a comeback by defeating all odds staked up against him. But when he has nothing to lose and everything to gain in this fight for his life match… Sultan must literally fight for his life.

Sultan believes he’s got what it takes… but this time, it’s going to take everything he’s got.

“Wrestling is not a sport it’s about fighting what lies within”….. SULTAN

To celebrate the film’s tremendous success and it has not even released yet, we have a special video just for you!
Get an insider’s view of Sultan’s life & know more about his journey.