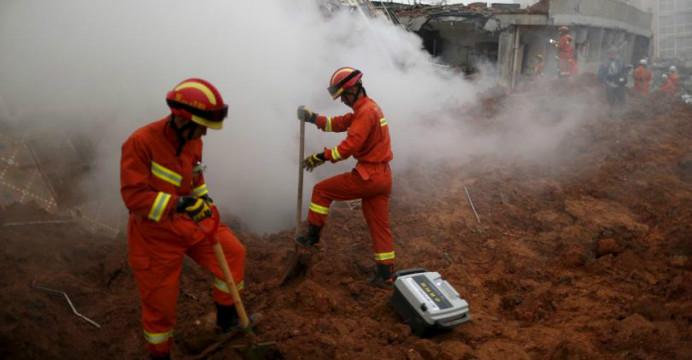 Heavy rain unleashed a landslide on Friday that killed one person and left 20 others missing in China, state media said. The landslide hit early morning and buried 29 people in the village of Pianpo, in the southwestern province of Guizhou, the official Xinhua news agency said, citing local authorities, reports BSS.

Nine were pulled from the rubble, one of whom later died and the eight others hospitalised, it said. Rescue efforts were continuing, it added.

Flooding is common during the summer monsoon season in southern China, but rainfall has been particularly heavy this year and many areas have been lashed by torrential rains this week. 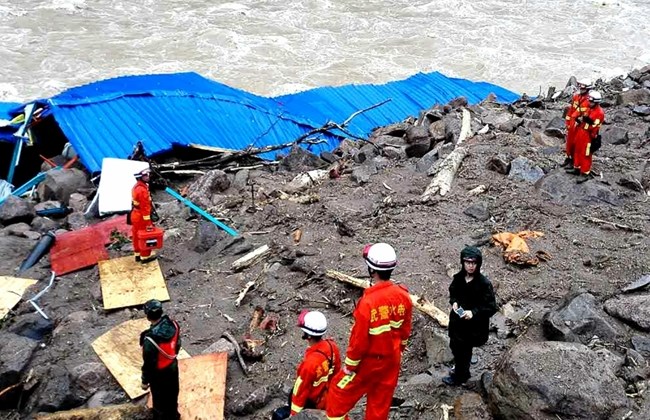 Rescuers in the spot

China’s national observatory issued an orange alert for storms across the country’s south and east on Thursday — the second highest warning in a four-tiered system — and told people to take precautions against possible flash floods and landslides, Xinhua said in a separate report.

Whole villages were levelled and at least 98 left dead in the eastern province of Jiangsu last week after the region was hit by a storm with hurricane-force winds and the worst tornado in half a century.