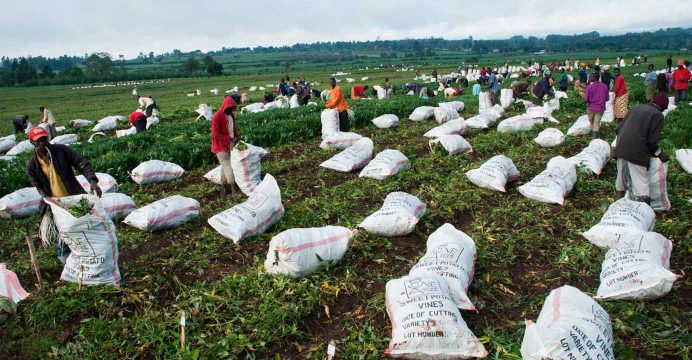 IOM and the National Agriculture Research Institute (NARI), with support from the US, EU, and the Australian Governments, have launched a seed distribution programme across drought-hit areas of Papua New Guinea (PNG), benefiting almost 10,000 people.

Over 2,000 households in the provinces of Jiwaka, Enga and Simbu have received seed kits comprising of corn, rice, cassava, vegetable seeds and sweet potato cuttings. This operation is part of IOM’s wider climate smart farming and disaster risk reduction building effort in the country, combining training of farmers, agriculture technical guidance, and distribution of agriculture tools and seed kits.

With the Highlands region having experienced the severity of the El Nino – resulting in agriculture production failure and hence a food shortage – NARI has been working to respond to the needs of PNG communities to restore food security in drought-affected areas. The distributed seeds are specifically developed for the PNG Highlands climate and have a high protein level compared to other varieties. 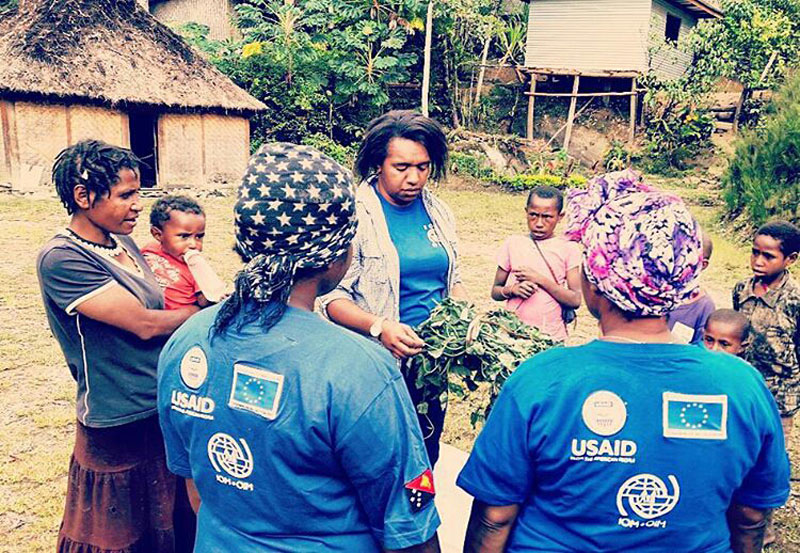 NARI-IOM’s seed distribution has seen the introduction of drought-resistant crops that will spread crop production and consequently increase food security. Research and Development Coordinator of NARI at Eastern Highlands Province, Johannes Pakatul, was elated at the large number of seeds that were picked up for the seed distribution.

“Many groups responding to the drought have requested renewable seeds developed in PNG for PNG and we have developed a first-come, first-serve system. This is the first and the largest request to go to PNG communities. We are very proud to partner with IOM to see these much needed seeds go to our fellow Highlanders who are still struggling to recover from the worst effects of the drought,” he said.

Moreover, the distribution of the seed kits are in and around areas that also benefited from IOM water-supply boreholes. The complementary interventions further strengthen community resilience to drought and climate change.

IOM Emergency and Disaster Management Coordinator Wonesai Sithole, said: “It is vital we learn the harsh lessons this drought has taught us and go beyond meeting the immediate consumption needs of the affected. More effort must be invested in recovery and resilience building of agricultural practices in disaster-prone areas of PNG.”

As part of its drought recovery operation, IOM has established a cohort of 100 “Master Farmers” in the Highlands, who will provide guidance, hands-on support, and technical advice to their respective communities under the theme “No farmers, no future”.

Likewise, more than 6,000 non-food item (NFI) kits, together with 3,000 seed/tool kits have also been distributed in Enga, Jiwaka, and Simbu provinces. The combined effect of these efforts and services are increasing community resilience and food security in the face of any future drought.

The IOM drought response is coordinated through the Government of PNG National Disaster Center and is part of the joint UN relief effort in the country.