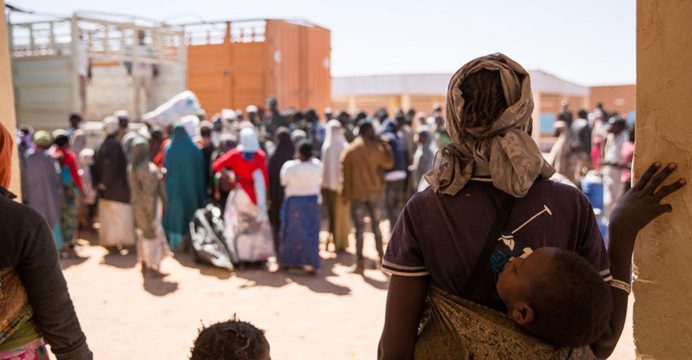 IOM assisted 69,540 migrants from 97 host and/or transit countries and 156 countries of origin in 2015, as part of its Assisted Voluntary Return and Reintegration (AVRR) programmes, according to the newly-released AVRR 2015 Key Highlights report.

This corresponds to nearly a 60 percent increase compared to the previous year, when it helped 43,786 migrants to voluntarily return to their countries of origin in a safe and dignified manner.

AVRR is one of IOM’s core support activities to migrants and Member States. Often implemented in cooperation with NGOs and diaspora communities, it provides vital and tailored assistance to tens of thousands of migrants voluntarily returning home every year.

“Last year we saw the largest number of voluntary returns of the past 15 years. But in the light of current migration trends, AVRR is likely to increase in the years to come – not only in the number of migrants in need of assistance, but also in the complexity of the process. We need voluntary return policies that guarantee migrant dignity and well-being and robust reintegration strategies that provide real opportunities for returning migrants,” said Anh Nguyen, Head of IOM’s Migrant Assistance Division.

According to the report, 31 percent of the returnees supported by IOM in 2015 were women and 24 percent were children. Over 3,000 highly vulnerable migrants were also assisted in line with IOM standards, principles and guidelines.

The majority of AVRR beneficiaries (80 percent) returned from the European Economic Area, with returns from the region increasing from 37,086 in 2014 to 55,851 in 2015, notably from Germany, Austria, Belgium, Greece and the Netherlands. Germany alone represented more than half of the 69,540 total returns.

“Voluntary returns from other regions such as the Middle East and North Africa, West and Central Africa, and Asia and the Pacific also rose in 2015. This is highlighted by the fact that Yemen, Indonesia, Morocco and Niger were also among the 10 most important host and/or transit countries for AVRR in 2015,” added Anh Nguyen.

The main countries/territories to which people returned in 2015 were Albania, UNSC Resolution 1244-administered Kosovo, Serbia, Ethiopia, Iraq, the former Yugoslav Republic of Macedonia, Ukraine, the Russian Federation, Pakistan, and Bosnia and Herzegovina.