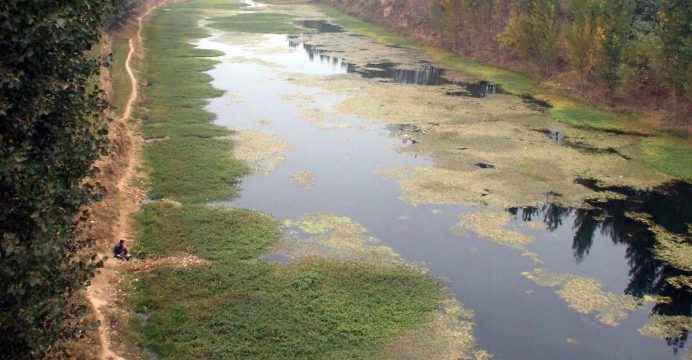 The Asian Development Bank (ADB) has approved a $150 million dollar loan for a comprehensive project to restore degraded ecosystems and improve water resource management in the flood-prone and polluted Qihe River Basin, which includes Hebi City.

“The project will adopt an integrated and holistic approach to ecosystem and water management with broad and powerful benefits both for the environment itself and the communities who reside in and around the basin,” said Alvin Lopez, an ADB Senior Natural Resources and Agricultural Specialist. “It will also demonstrate ‘best practices’ for water resource management, and will have the potential to be scaled up and replicated in other parts of the People’s Republic of China.”

The project area encompasses counties, districts, towns and townships in northern Henan Province, with a large section of the river passing through Hebi City, which has a population of 1.6 million people. About 435,000 people will benefit, including about 5% classified as poor, with opportunities for local communities to participate in environmental awareness campaigns, wetland protection and solid waste management.

As a result of growing economic development in the basin, the river and its surrounds have been strained to the limit with widespread deforestation, overgrazing of livestock in watersheds, increased pollution, and over-extraction of water. Wetlands and other sensitive habitats have declined, while ageing embankments and dikes leave sections of the river highly vulnerable to serious flooding. Limited wastewater and sewage treatment capacity and increasing volumes of waste have resulted in flows of untreated wastewater into the Qihe River and its canals, and a lack of coordination among oversight agencies has hampered effective monitoring and management of the basin’s resources.

The project is addressing these challenges through both structural and non-structural measures. These include reforesting about 1,300 hectares of denuded hills in the upper part of the river basin and restoring wetland habitats—including a pilot national wetland park—as well as riverbanks. It will also rehabilitate tributaries in Qi county, restore canals in Qibin district, and strengthen wastewater and solid waste management facilities.

To improve management and oversight of the basin, support is being provided to help agencies work more closely and effectively together to gather and share information on the river and its surrounds. This includes the development of an ecological monitoring program and management information system, as well as specialist training on conservation, river restoration, wastewater management and solid waste management.

The onset of climate change with more extreme weather events, poses a serious threat to the already strained river basin, and the project has been designed to cope with an expected increase in the frequency of extreme floods. Flood protection structures will be regularly maintained, and a flood warning system will be implemented.

The project will run for about 5 years with an expected completion date of end December 2021. Along with ADB’s assistance, Hebi city and district and county governments will provide counterpart support equivalent to $175.4 million.