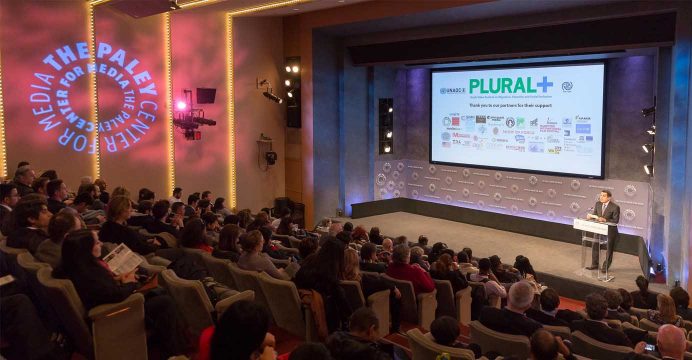 PLURAL+, an international youth video festival focusing on migration, diversity and social inclusion, is pleased to announce its 2016 International Jury: Jayro Bustamante, Jeffrey McCrann, Joy Obuya, Saemmool Lee, Sebastian Kraner and Zach Ingrasci. These world renowned filmmakers and media professionals will ensure that the selection made for the 2016 PLURAL+ International Jury Awards will be the best yet.

Jayro Bustamante is a filmmaker from Guatemala, whose works have been awarded in various festivals, including Work in Progress of San Sebastian 2014 (Spain), Cinergia 2014 (Costa Rica), Flicc 2014 (Mexico). His opera prima IXCANUL was awarded the Alfred Bauer Silver Bear at the Berlinale 2015. Beyond the award from the Berlinale, IXCANUL was awarded 45 prizes internationally.

Jeffrey McCrann has 15 years of experience working in the entertainment industry. Jeffrey has written and directed theatres across the United States, worked in film and television production and development at both Lionsgate and FEARnet Television prior to joining Pivot. Pivot is a cable network, which focuses on socially relevant content. He is also a published writer and advocate for gay and civil rights.

Joy Obuya is the founder and CEO of Eyeris Communications Limited, a communications solutions company based in Nairobi, Kenya. Joy mainly focuses on producing human interest documentary films and photographs. She has worked with a number of international NGOs and UN Agencies. Joy has a passion for telling the African story – stories of joy, hope and courage.

Saemmool Lee is a staff reporter at the Dong-A Ilbo, a daily newspaper in South Korea. She actively covers international migration issues, including public policy and migrants themselves. She is also the author of several books, including “Parades of Migration” (이주행렬), where she analyzes the social, economic, and political impacts of migration.

Sebastian Kraner was a 2010 PLURAL+ International Award winner in the 18-25 age category with his film, Nine Months, a video focusing on the lives of young refugees in a communal living arrangement in Vienna, Austria. He is now doing a master’s degree in Arts and Social Design at the University of Applied Arts in Vienna. His work has been selected and shown in several national and international exhibitions and film festivals.

Zach Ingrasci is a filmmaker and co-founder of Living on One. Zach has used immersive storytelling to raise awareness and inspire action around pressing global issues. He has produced seven short films and has directed/produced two feature documentaries. So far, his work has raised over USD 600,000 directly for micro-finance loans, education scholarships, and refugee services around the world. His newest feature film, Salam Neighbor, on the Syrian refugee crisis, world premiered at AFI DOCS Film Festival in June 2015 on World Refugee Day and recently released globally on Netflix.

PLURAL+ – a joint initiative between the United Nations Alliance of Civilizations (UNAOC) and IOM – aims to foster dialogue, partnership and action on critical issues and opportunities faced by youth worldwide. Since its launch in 2009, PLURAL+ has received around 1,500 video submissions from around the world.

This year PLURAL+ has received more than 300 video submissions from 67 countries. The International Jury will choose the top video for each age category from more than 60 videos preselected by the PLURAL+ pre-selection committee.

The PLURAL+ Youth Video Festival 2016 Awards Ceremony will take place on 27 October 2016 at the Paley Centre for Media in New York City, to which the three PLURAL+ International Jury award winners will be invited to attend. In addition, a number of other videos will receive awards from PLURAL+ partners.