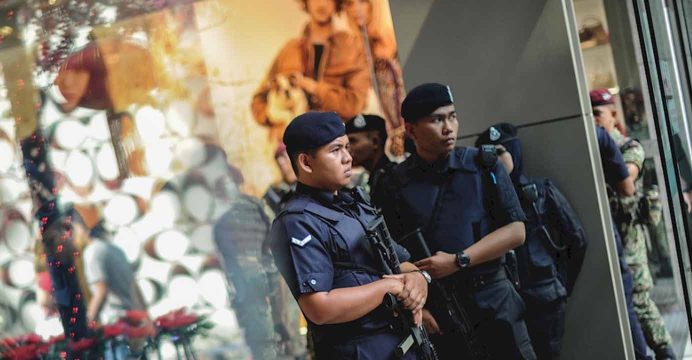 Police must be held accountable for death in custody in Malaysia

The Malaysian authorities’ failure to hold anyone accountable for the death in custody of N. Dharmendran raises serious questions about their commitment to ending serious human rights violations, Amnesty International said today.

The statement followed a decision by the Lumpur High Court on Wednesday to acquit four police officers accused of torturing a man, N. Dharmendran, to death in 2013 while in police custody. According to the judge, the prosecution had failed to prove the case against the four men beyond reasonable doubt.

“The Malaysian police continue to evade accountability, even for the most egregious violations. This is merely the latest in a series of horrific cases where the police has operated above the law, with no consequences for their actions,” said Josef Benedict, Deputy Director for South East Asia and the Pacific.

Amnesty International has also monitored other cases in Malaysia where the police have not been held accountable for deaths in custody.

Despite findings of police responsibility by the Coroner’s court in the cases of Karuna Nithi and C. Sugumar, and the Malaysian Enforcement Agency Integrity Commission (EAIC) in the case of Syed Mohd Azlan Syed Nur, no one has been charged or held to account. In April, the EAIC, who had investigated the case, concluded that the same police officers from the Serious Crimes Division (D9) acquitted today were also responsible for N. Dharmendran’s death by torture.

A pathologist’s report concluded that N. Dharmendran sustained 52 bruises on his body, as a result of excessive physical force being used, triggering an “acute massive loss of blood” and sending the victim into “hypovolemic shock.” When the pathologist examined N. Dharmendran’s body, he found staple wounds on each ear.

“The photographs of N. Dharmendran’s body, which were shared by the EAIC investigators, chillingly testify to the torture he was subjected to. It is an absolute travesty that even with such overwhelming evidence, no one is held responsible and justice continues to be denied,” said Josef Benedict.

At a press conference in April, the EAIC shared photographs of N. Dharmendran when he was arrested and after his death. Upon being taken into custody, for allegedly attempting to murder two people, he appeared healthy. The later set of photographs showed his body disfigured by torture.

“It is high time that Malaysian authorities wake up to such flagrant human rights violations. They must finally establish an independent police oversight body to impartially, efficiently, thoroughly, and transparently investigate human rights violations. For far too long, the families and victims of police violations have failed to receive justice and reparations,” said Josef Benedict.