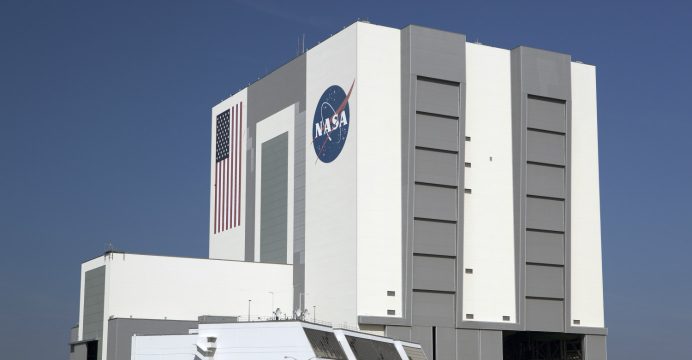 NASA has selected Paragon Space Development Corporation, a small business headquartered in Tucson, Arizona, to develop a system that will increase the rate of water recovery from the urine of astronauts aboard the International Space Station.

The contract is valued at $5.1 million for the delivery of one Brine Processor Assembly (BPA), and is sponsored by NASA’s Advanced Exploration Systems Division. Work on the contract will be performed at Paragon Space Development’s Tucson facilities.

The technology, currently scheduled for flight in 2018, will undergo a test demonstration on the space station to verify it further closes the “water loop,” with a goal of achieving at least 94 percent recovery of water from urine.

The Water Recovery System, currently used on station, captures and processes astronaut urine, but additional unrecovered water remains in the resulting effluent (brine). The BPA assembly will be used to reclaim more water from the brine.

The reduction of costly resupply launches from Earth is essential to future human deep space missions, including NASA’s Journey to Mars. By reusing in situ critical resources to the greatest extent possible, technologies such as BPA will aid in accomplishing this reduction.

The SBIR program is a highly competitive program that encourages domestic small businesses to engage in federal research/research and development that also has the potential for commercialization. Including qualified small businesses in this arena stimulates high-tech innovation and builds upon the entrepreneurial spirit of American industry, as it also meets specific research and development needs.

The International Space Station serves as the world’s leading laboratory, where researchers conduct cutting edge research and technology development that will enable human and robotic exploration of destinations beyond low-Earth orbit, including asteroids and Mars.