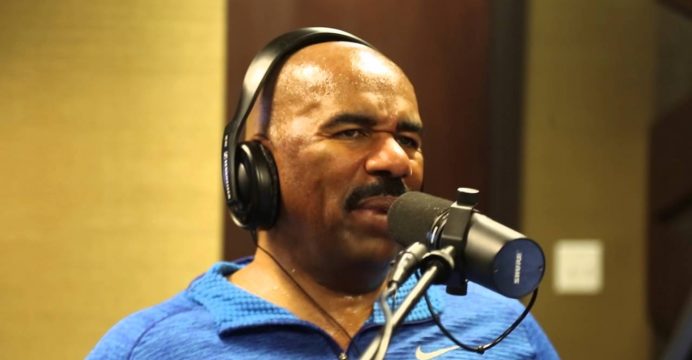 Harvey, along with a prominent group of military officers, community leaders, professional athletes and successful businessmen, including CEO of Choice Hotels International, Inc., Steve Joyce and former NBA shooting guard Duane Ferrell, will be onsite to serve as mentors at the camp. During the program, the teens bunk among Army representatives and are exposed to educational and inspirational activities aimed to help them overcome adolescent issues, instill self-respect and respect for others, teach helpful life skills and introduce problem-solving techniques to help them conquer obstacles and empower their futures.

“I have always tried to use my platform as a means to serve my community,” says Steve Harvey. “I am indebted to the panel of role models donating their time and our sponsors that have allowed us to host this camp experience for seven years now. Seeing our mentees grow into fine and respectable young men, with many returning to camp to volunteer makes it all worth it.”

One of the world’s leading hotel companies, known for its 11 brands which include Comfort Inn, Comfort Suites, Sleep Inn, Cambria hotels & suites, and the Ascend Hotel Collection, Choice Hotels has demonstrated a steadfast commitment to the camp. This year, mothers of the mentees and volunteers are staying at Comfort and Sleep Inn brand hotels in the Atlanta-metro area with access to free Wi-Fi and complimentary hot breakfast.

“Hospitality is an industry that enables a person to work his or her way up, no matter how humble his or her beginnings. In fact, that’s my personal story,” said Steve Joyce, CEO of Choice Hotels. “And that is why Choice Hotels strives to inspire and motivate young minds through more than just money or words. Each year I look forward to returning so I can connect with former mentees and work directly with new ones.”

Additionally, over the course of the five day program, the mothers of the mentees are invited to attend a concurrent Parent Program, offering essential discussions and educational sessions covering family, teen issues, health and wellness activities, financial literacy, and applying to college. The program’s closing ceremony on Sunday, June 12, 2016, will include honoring a number of young mentees with Rising Star and Future Leader awards.