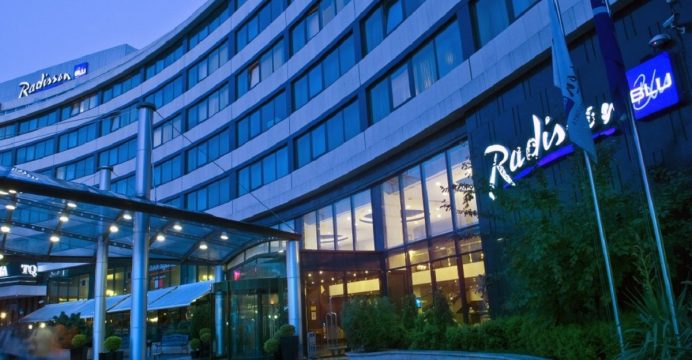 Rezidor, one of the most dynamic hotel companies worldwide and part of the Carlson Rezidor Hotel Group, announces its first property in Durban: the Radisson Blu Hotel, Durban Umhlanga will feature 207 keys and welcome the first guests in 2019. The stylish upper-upscale hotel will enjoy a prime location as part of the ”Oceans Umhlanga”, one of South Africa’s most iconic mixed use developments.

”We are delighted to launch our core brand Radisson Blu in Durban and complete the business triangle with Cape Town and Johannesburg. The presence in South Africa’s three major cities further strengthens our position in the country and on the continent: Africa is our biggest growth market where we, in average, sign a hotel every 37 days and open a hotel every 60 days”, said Wolfgang M. Neumann, President & CEO of Rezidor. The group’s total portfolio comprises 67 hotels with almost 15,000 rooms in operation or under development. ”Radisson Blu is Europes largest upper-upscale brand and Africa’s fatest growing brand with the largest pipeline of hotel rooms under development on the contient. The signing in Durban solidifies the brand’s pole position and supports our long-term strategy to establish Radisson Blu as the leading upper-upscale offer on the continent”, added Elie Younes, Executive Vice President & Chief Development Officer of Rezidor.

The Radisson Blu Hotel Durban Umhlanga is designed as an urban resort within the mall ”Oceans Umhlanga” – a 90,000sqm high-end complex which will also include luxury apartments and a luxury shopping mall with some of the world’s leading brands. The site is one of the best in Durban – sloping down from the city towards the famous beaches.

Besides 207 rooms and suites with Radisson Blu signature services such as free high speed internet, the hotel will also offer an all-day-dining restaurant, a lobby bar & coffee shop, a rooftop outdoor bar & terrace, and a business class lounge. The meeting & events area will have almost 1,200sqm, and spa, gym and outdoor pool will complement the facilities.

“The sleek, glazed facade of the hotel will offer some of the finest views in Durban, and we have taken pains to ensure that every room has access to that view”, said Vivian Reddy, Development Company Chairman of Oceans Umhlanga.“The public areas have been designed to create a new social hub for the town.High ceilings will enhance the luxury of the hotel, as will the signature pool terrace, spa, and one of the largest banqueting halls in the city”, he added.