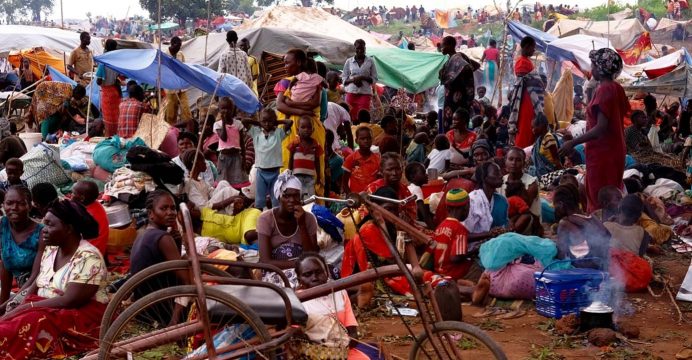 The violence has exacerbated existing needs, as insecurity since late 2015 has forced tens of thousands to flee their homes and left over 100,000 people in search of protection and emergency aid.

On 26 June, IOM deployed a surge team of technical and operational specialists to Wau to assist with coordination and distribution of aid. The team delivered health supplies and medicines. Additional relief supplies will be airlifted in the coming days.

Since 24 June, an estimated 12,000 people have fled to the UN Mission in South Sudan (UNMISS) peacekeeping base in Wau and are currently sheltering in an area adjacent to the base. Thousands more are displaced in the town in collective centres.

“We are focused on rapidly assessing needs and providing emergency services to displaced populations wherever they are sheltering,” said IOM South Sudan Head of Operations John McCue.

IOM and relief agencies are addressing the most urgent health, shelter, water, sanitation and protection needs of internally displaced persons (IDPs) at the UNMISS base and in Wau town.

On 28 June, IOM will distribute emergency shelter kits to 2,000 households in the UNMISS base and a nearby church, as well as to 400 households sheltering at the South Sudan Red Cross.

Water and sanitation conditions at the crowded UNMISS base are critical. Staff have assembled tap stands to increase access to safe water at the base and have adequate supplies on hand to construct nearly 100 latrines.

Health staff are also setting up a clinic at the densely-populated South Sudan Red Cross, where medical supplies are limited.

Since late December 2015, many IDPs have reported wide-scale and targeted violence against civilians in Wau and nearby areas of Western Bahr el Ghazal.

During an IOM population verification exercise in May, one woman reported witnessing random shootings aimed at civilians during skirmishes in Ngissa, southwest of Wau town, before deciding to flee in January 2016. The woman and her family frequently hid in remote areas and were forced to leave with little-to-no belongings.

Aid agencies are finding negotiating access to affected areas increasingly complex in what is already a difficult and remote working environment. IOM is concerned by reports of attacks in Raja, northwest of Wau in mid-June and the subsequent displacement of civilians, including across the border into Sudan.

The humanitarian community aims to reach 5.1 million people in South Sudan with relief assistance this year. Millions of South Sudanese remain displaced and have exhausted coping mechanisms since conflict erupted in the country in December 2013.