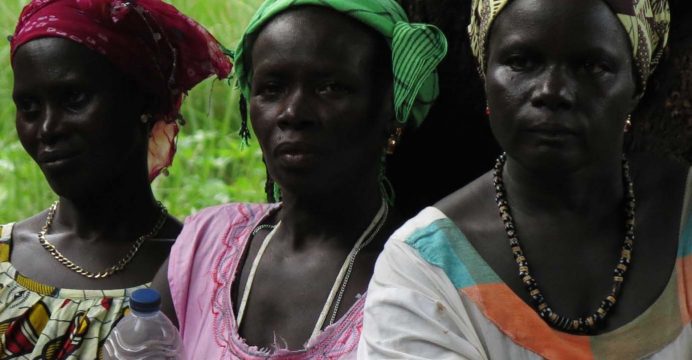 At the request of Democratic Republic of Congo (DRC)’s National Border Hygiene Programme, IOM has trained a first group of border health officials as part a national contingency plan to combat an outbreak of yellow fever.

The training was held in the town of Matadi, which borders Angola, and was attended by 25 health officers from Kinshasa’s Ndjili Airport, Beach Ngobila on the Congo River and other main border posts in Mbanza Ngungu, Kimpese Lufu, Ango-Ango (Matadi), Boma, Lindu, Yema, Yatch and Moanda.

The workshop was designed to improve participants’ understanding of an Integrated Surveillance of Diseases and Response, international health regulations, the management of migration flows during outbreaks, and the registration of suspected cases.

Saturnin Phuati Nganzi, who heads the National Border Hygiene Programme, said: “This first training has equipped my team with the right tools to reinforce existing epidemiological surveillance at the borders.”

Since an initial outbreak in December 2015, the yellow fever epidemic has killed about 345 people in Angola and continues to gain ground in the DRC.

According to a recent statement from the World Health Organization, the DRC has already registered 1,044 suspected cases. Some 67 deaths have been confirmed, mainly in the provinces of Bas-Uélé, Kwango Tshuapa, Kongo Central and Kinshasa. On June 20 DRC’s Minister of Health declared an epidemic.

“Migration between Angola and the DRC means that we need a rapid intervention to ensure border health officials are trained and equipped to identify and refer suspected cases to limit the spread of the disease,” said IOM DRC Chief of Mission Jean-Philippe Chauzy.

Yellow fever is transmitted by the same mosquitoes that spread the Zika and dengue viruses. The ‘yellow’ in the name refers to the jaundice that affects some patients.

There is currently almost no yellow fever vaccine left in DRC and a new stock of more than 1 million doses could take weeks to arrive in country, health officials have said.

The government is calling on the Congolese population to be vigilant and to scrupulously follow the instructions of the health authorities and take all necessary steps to get vaccinated, especially before travelling to areas at risk and abroad.

IOM is also working with its Congolese and international partners to develop a comprehensive approach to improve health interventions at borders and monitor cross-border movements between Angola and the DRC. It is appealing for an initial USD 2.7 million.