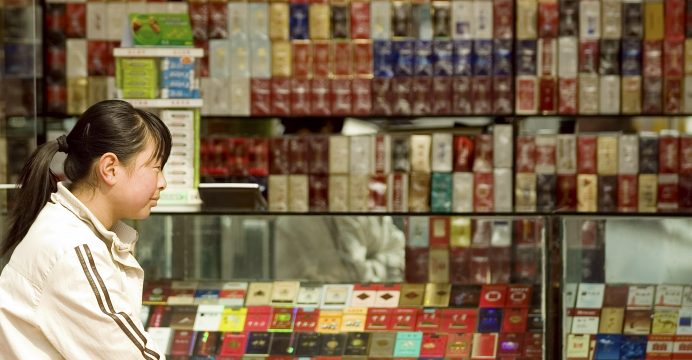 In 2009 when Gan Quan began working for The Union in China, few people had heard of the World Health Organization’s Framework Convention on Tobacco Control (WHO FCTC). Remarkably, just over six years later, a draft national tobacco control law now has strong political support and will likely be passed by the end of the year – protecting a population of 1.36 billion from the harms of tobacco use.

And not before time: 53 percent of Chinese men smoke, the largest population of male smokers in the world. The number of smoking-related deaths in China is projected to reach three million every year by 2050 unless the tobacco epidemic’s current trajectory is radically altered.

Gan Quan was well placed to become involved in this work. Originally from Jilin, China, he was awarded a PhD at Berkeley University, California where his research focused on tobacco control.

‘As I studied tobacco industry documents it became clear that the tobacco epidemic was bigger than public health – it was social justice. The industry deceptions I uncovered during my research made me even more determined to follow this career path. It was an easy decision to join The Union to head up its tobacco control project in China.’

‘Smoking in China is probably one of the biggest public health problems in the world.  Not only are rates of tobacco use exceptionally high, the tobacco industry is government owned, so it’s a challenging environment,’ says Gan Quan. ‘Although we ratified the WHO FCTC in 2005, few were working on tobacco until the Bloomberg Initiative (BI) was launched two years later. One of the Union’s priorities as part of BI was capacity building: to ensure there were tobacco control professionals working on this full time across the country. Now we can see how this strategy has paid off. Thanks to successful grassroots tobacco control projects in cities across China we have a critical mass driving the country towards this major tipping point – a national law.’

Progress towards this point is still beset by huge challenges because the tobacco industry is state owned and has direct involvement in the policymaking process. Several elements of the national law are in jeopardy at present – the industry is seeking to water down smokefree provisions with exemptions for workplaces and hospitality venues as well as opposing proposed bans on advertising, promotion and sponsorship and introduction of graphic health warnings on packaging. Gan Quan envisages that a key challenge for the future will be extricating the industry from the policymaking process. At present China’s WHO FCTC coordination committee is chaired by the Ministry of Industry and Information Technology, where the tobacco monopoly plays a key role.

‘Where in other countries we talk about tobacco industry interference, in China the situation is more accurately described as tobacco industry dominance. Article 5.3 is being violated here daily. It’s a challenging environment, but we are not out of options yet. We are working closely with the National Health and Family Planning Commission and the Chinese Centre for Disease Control to make strong counter arguments. We are offering expert technical support with the science behind the WHO FCTC.’

Gan Quan, now Director of the China office, says the strong relationships built with government agencies and civil society are one of his team’s key achievements.

Under Gan Quan’s leadership the China team is going from strength to strength. As well as tobacco control and TB, it has taken on two new projects—road safety and data for health.  Strategies and relationships developed through its tobacco control work are already proving vital for this work.