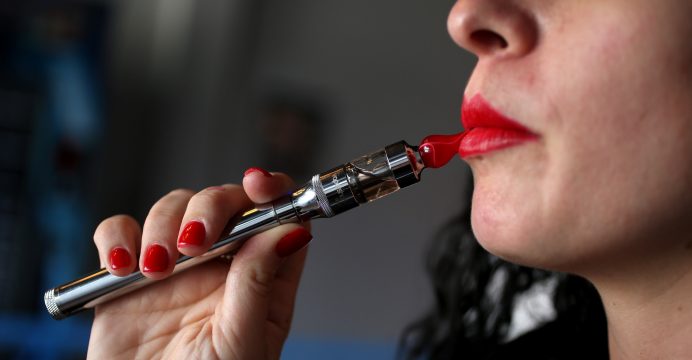 The Union joins international calls for countries to introduce plain tobacco packaging to encourage users to quit and discourage non-users from trying addictive nicotine products. Further, The Union calls for a ‘plain packaging’ approach to e-cigarettes – this burgeoning industry is increasingly owned by tobacco companies renowned for targeting children with powerful marketing campaigns.

A specific goal of plain tobacco packs, as pioneered by Australia in 2012, is to eliminate the packet as a form of promotion. In countries with robust tobacco control programmes plain packs work in tandem with other demand-reduction measures including comprehensive bans on advertising, promotion and sponsorship deals, point-of-sale displays and corporate social responsibility projects. Plain packs are hailed as obliterating the last platform available for the tobacco industry to recruit new generations of users and build brand loyalty. The Union is currently providing technical support to develop plain packaging laws in South Africa and Brazil.

‘We welcome the global momentum behind plain packaging and encourage countries to introduce this powerful measure for reducing tobacco use as soon as they reasonably can,’ said Dr Ehsan Latif, Director of the Department of Tobacco Control at The Union. ‘But we must ensure we properly close this final door on tobacco marketing experts. At present, e-cigarettes offer almost unrestricted opportunities to continue relentless pursuit of their target market – children and young people. Restriction of e-cigarette marketing is at best ad hoc, at worst non-existent. ’

During the UK High Court case on plain packaging which concluded earlier this month, tobacco companies’ internal documents provided irrefutable evidence that they develop marketing to target children: ‘The ability to attract new smokers and develop them into a young adult franchise is key to brand development,’ stated one Philip Morris document, from 1992. Philip Morris bought the UK company Nicocigs in 2012 and has since developed Marlboro Heat Sticks.

‘The tactics being used to promote e-cigarettes are eerily similar to those used to attract young people to smoke traditional tobacco products – imagery conveying glamour, independence, freedom and success,’ said Dr Latif. ‘While some public health experts are keen to see e-cigarettes embraced as a harm reduction tool for smokers, this must not prevent us from protecting our young people from addictive nicotine products. E-cigarettes are overtly marketed to attract children, featuring brightly coloured liquids, lights, and flavours from ‘Gummy Bears’ to ‘Kool-Laid’. We must not be wilfully blind to the scenario unfolding in front of us. We must act now. The tobacco industry is well aware that half tobacco users will die prematurely and a proportion will quit. Their priority is revenue and this means recruiting new generations of consumers.’

As yet the long term health impacts of vaping are not known; until all e-cigarettes are regulated this will remain a moving target. There is also conflicting evidence about whether e-cigarettes can become a gateway into traditional tobacco product use.

‘We welcome the new European Union Tobacco Products Directive which goes some way to limit e-cigarette marketing, and we recommend that other regions take a similar approach. But as with tobacco, a comprehensive package of demand-reduction measures working in tandem is the only effective way to block tobacco companies’ compelling marketing campaigns,’ said Dr Latif. ‘Point-of-sale displays and online advertising campaigns must be banned. Plain packaging for e-cigarettes could be standardised in a similar way to tobacco products – without decoration, branding, or misleading labelling and with relevant health warnings. Product design must also be standardised to reduce attractiveness and to prevent children consuming toxic liquids.’

The Union’s Department of Tobacco control is a partner in the Bloomberg Initiative to Reduce Tobacco Use. For the last ten years it has been supporting governments and civil society in countries around the world to introduce and implement life-saving tobacco control policies. To find out more go to www.tobaccofreeunion.org and follow @TheUnion_TC