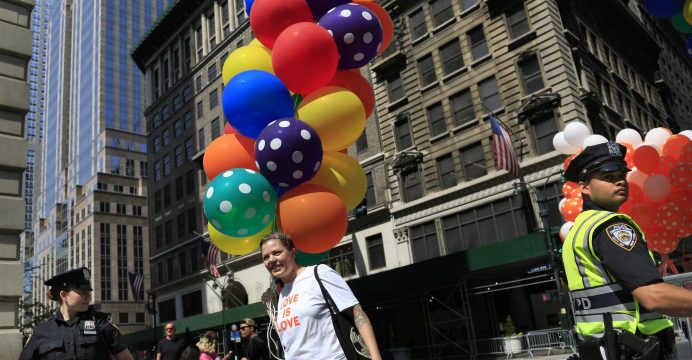 Hundreds of thousands of people from New York to San Francisco marched on Sunday to celebrate gay pride, honor those killed in the Florida gay nightclub massacre, and promote tolerance, reports BSS.

Democratic presidential candidate Hillary Clinton, buoyed by a double digit poll lead over Republican Donald Trump in the race for the White House, joined the tail end of the parade in New York.

In San Francisco, the crowd cheered and electronic music blared from floats, a group carried placards with photos of the Florida victims, and men in leather bondage walked the route under bright sunshine. 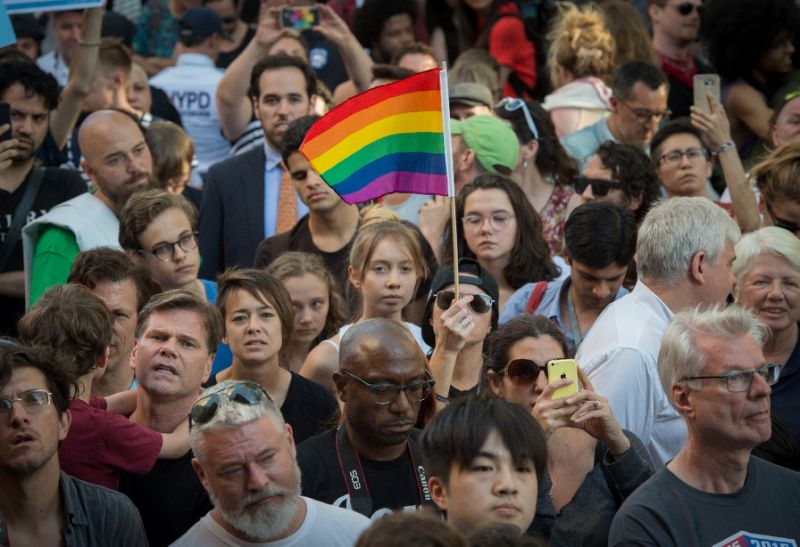 “LGBT Americans still face too many barriers. Let’s keep marching until they don’t,” tweeted Clinton, joining a slew of elected state and city Democrats who took part in the march exactly a year after the US Supreme Court legalized gay marriage across the country.

New York, which prides itself on being one of the most diverse cities on the planet, is the birthplace of the US gay rights movement.

Sunday’s events, along with marches in Chicago and Seattle, were marked by tributes to the 49 people killed at the Pulse gay nightclub in Orlando on June 12, which has once again inflamed calls for gun control.

“We have extraordinary NYPD presence to make sure that this will not only be the biggest but the safest parade we’ve ever had,” said New York Mayor Bill de Blasio before a commemorative moment of silence.

Scouts carried 49 flags with rainbow stripes to honor the victims, while another group dressed head-to-toe in white and wore veils, the names and photographs of the Orlando dead hanging around their necks.

Along the route, the newly created Gays Against Guns (GAG) pressure group staged a die-in, lying down on the hot road in a heap.

Despite somber remembrance, the parade was also a giant street party with participants dancing to thumping music, a giant arc of balloons and street vendors doing a brisk trade in all things rainbow.

Organizers said they did not have final numbers on turnout but that 32,000 marchers and more than 420 groups had been expected. Police lined the route, which started in midtown and culminated in Greenwich Village, home of the Stonewall Inn.

Subhi Nahas, a Syrian refugee who has addressed the UN Security Council on the plight of LGBT people in his home country, said the Orlando shooting had jolted gay immigrants’ relative sense of security.

“I felt like the accident shook our sense of safety here in the states … profoundly, because we came here for safety,” he said.

“Every parade has its own purpose but this year’s purpose has been very profound, I would say, for not only New York City but all of the United States and I really believe the whole world,” said retired teacher Pedro Lugo.

“Tolerance is still a number one priority,” added the 56-year-old, wearing a striped rainbow shirt and draped in colored necklaces. “We are all God’s children.”

“You can live here and have a boyfriend, girlfriend and you can have your own way without any discrimination,” he told AFP. “To my country I want to say, ‘love each other.'”