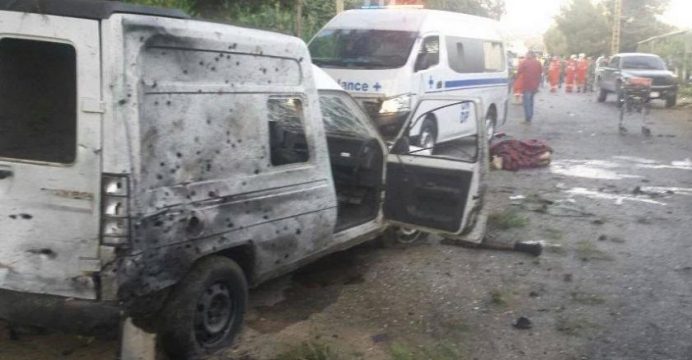 At least five people were killed in multiple suicide bombings on Monday in eastern Lebanon near the border with Syria, officials said. At least four suicide blasts hit the predominantly Christian village of Al-Qaa, a military source told, reports BSS.

“The first attacker knocked on one of the homes in the village, but after the resident became suspicious, he blew himself up,” the source said.

“People began gathering at the site of the explosion and the three other suicide attackers blew themselves up,” he added. 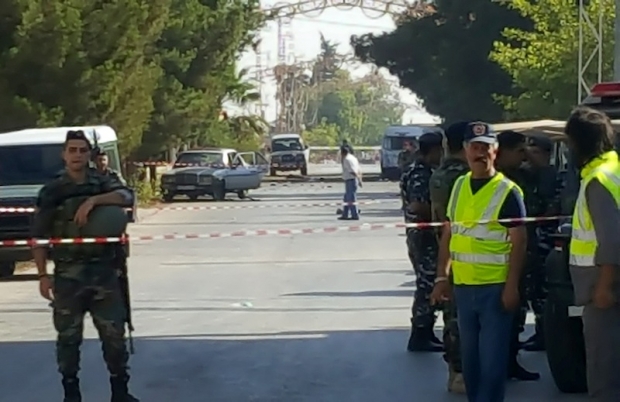 Lebanese army soldiers and policemen secure the area at the site where suicide bomb attacks took place in the Christian village of Qaa, in the Bekaa valley, Lebanon June 27, 2016 *PHOTO CREDIT – REUTERS

A security source had said earlier that a bomb had exploded and then “more than one suicide bomber blew themselves (up)”.

He said 15 other people were wounded, including some in critical condition. Lebanon’s national news agency said the blasts struck at 10 minute intervals and also wounded three Lebanese soldiers stationed in the area.

Al-Qaa is one of several border posts separating Lebanon and war-torn Syria. The border area has been rocked by clashes and shelling since Syria’s conflict erupted in 2011.

Lebanon’s army has fought off jihadist factions along the frontier and has sought to clamp down on local cells operating in the area.

In August 2014, the army clashed with the Islamic State group and Al-Nusra Front, Al-Qaeda’s affiliate in Syria, in the border town of Arsal.

As they withdrew, IS and Al-Nusra kidnapped 30 Lebanese soldiers and policemen, 16 of whom were released after nearly 18 months of negotiations.