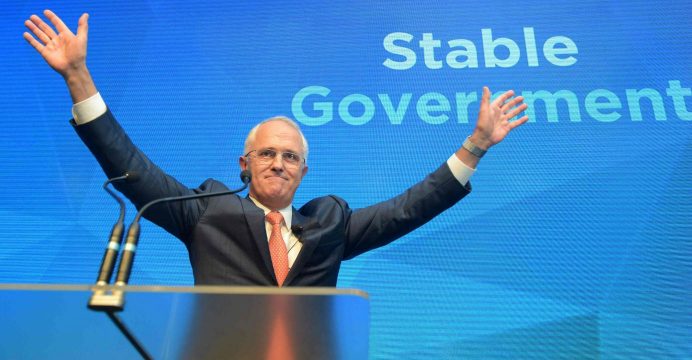 Australia’s ruling party on Monday used the Brexit vote to warn against voting for Labor in upcoming elections as a poll showed the Liberals ahead for the first time in a drawn-out campaign, reports BSS.

The country goes to the polls on Saturday with economic management assuming added significance in the wake of Britain’s decision to leave the European Union, sparking global instability.

“There will be considerable uncertainty for some time. You’re seeing that every night on television at the moment,” Prime Minister Malcolm Turnbull said in Adelaide, reinforcing his message in the wake of the referendum.

“It is critical that we maintain strong, stable leadership.” 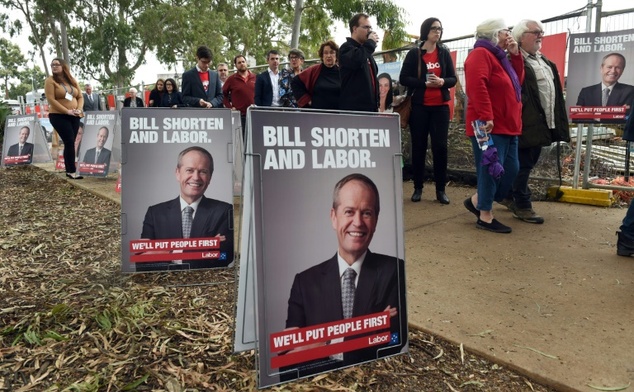 The Brexit-related pitch was a theme driven home by Turnbull ministers with Treasurer Scott Morrison saying: “It’s so important to have stability at the moment, more than any other time.”

Turnbull called an election seven weeks ago, setting off a gruelling campaign that has focused around economic management, with issues such as immigration and climate change taking a back seat.

His government argues it has the fiscal know-how to ensure the country transitions from an unprecedented mining investment boom to an economy which is more diverse and creates new jobs.

Labor has driven home its traditional values of improving health and education and until now the two parties have been neck and neck in opinion polls.

But for the first time since the campaign started, the conservative coalition has inched ahead with a Newspoll in The Australian giving it a 51-49 percent lead on a two-party basis.

The poll of 1,713 people, taken from Thursday night until Sunday, is the first to gauge the effect on the election of Friday’s shock Brexit decision.

The newspaper said Britain’s withdrawal from the EU appeared to have caused some voters to switch from minor parties to the Liberals.

Turnbull continues to be seen as the better prime minister ahead of Labor rival Bill Shorten and strategists from both parties told the Sydney Morning Herald they expected him to be returned but with a reduced majority.

The concern is that even if Turnbull retains power, a host of independents or minor parties may win seats in the upper house Senate, which would allow them to block legislation if they align with Labor.

Australia’s politics have been turbulent in recent years, with a “revolving door” of those in charge. Four different leaders have served since 2013 as parties removed sitting prime ministers.