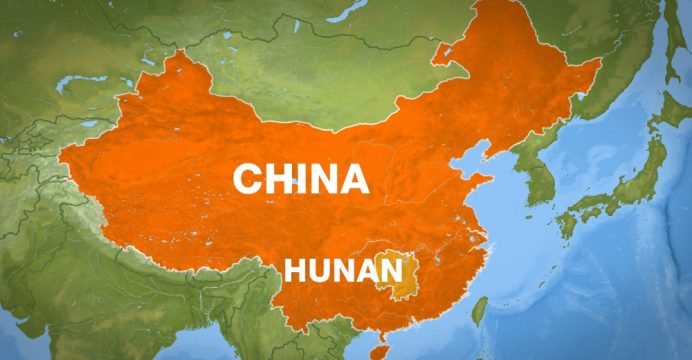 At least 35 people died when a tour bus caught fire after ramming into a guardrail in China, state media reported. Two children are among the dead, reports CNN.

An additional 11 people were injured, four of them critically, and rushed to hospitals following the crash Sunday morning.

The blaze started after the bus crashed into a guardrail on a highway in the central province of Hunan. Leaking oil may have fueled the fire, police said. The bus was carrying 55 people. The driver is in custody.

According to Aljazeera, 21 people were hospitalised. Local officials believe that an oil leak caused by the bus crashing into a roadside guard rail may have caused the fire, Xinhua said.

The cause of the crash remained unclear. Traffic accidents are common in China, with more than 250,000 people dying each year on the country’s roads, according to the World Health Organization.

Long-distance buses are popular in the country as a cheap way of travelling between cities and competition between bus firms can be fierce. China has seen repeated bus fires in recent years which have caused multiple fatalities.