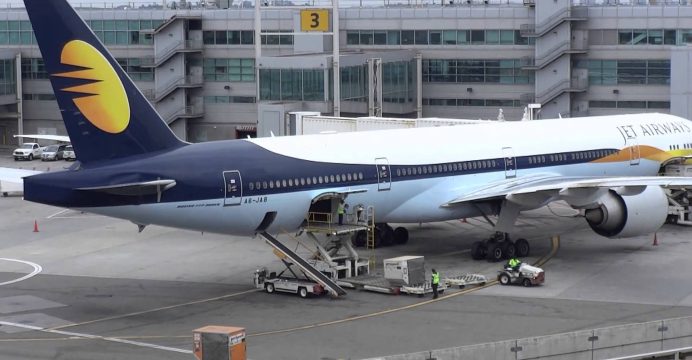 Jet Airways, India’s premier international airline, will operate new daily services from Hyderabad to Dammam and from Mangaluru to Sharjah from August 7, 2016. The addition of these new services will bolster Jet Airways’ offering to the Arabian Gulf region, further strengthening the airline’s growing network and significantly enhancing connectivity for passengers.

The new flights will benefit the large number of Indians travelling from to the Gulf region to Hyderabad and Mangaluru, from where they also have a choice of domestic connections to other Indian destinations.

Gaurang Shetty, Wholetime Director, Jet Airways said : “Jet Airways is delighted to offer these new flight options and great service to travellers to the Arabian Gulf. With economic ties between India and the Gulf region flourishing, Jet Airways recognises the need to provide more flight options to its passengers. Jet Airways, is a preferred brand in this highly competitive Indo-Gulf market and offers unparalleled service and quality onboard its flights.”

Travel between India and the Gulf region is witnessing rapid growth, with over 32 lakh flyers travelling to the Gulf countries from India between January to March 2016 and a similar number returning to India during the same period.

The launch of additional daily services to Sharjah and Dammam strengthens Jet Airways’ already extensive network of flights to the Gulf region. With the new flights, Jet Airways will operate around 640 weekly flights between India and 12 destinations in the Gulf, making it the largest operator connecting India to this region.

The airline will deploy Boeing 737-800 Next Generation (NG) aircraft on this route, offering Premiere and Economy travelers the airline’s well renowned inflight service, its award-winning inflight entertainment (IFE, and the airline’s hallmark hospitality).