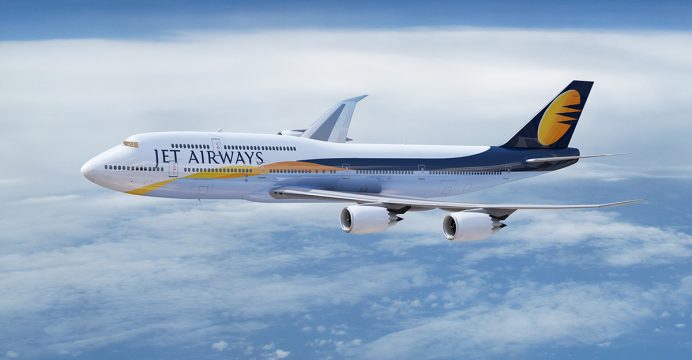 Rated on various parameters such as cargo tonnage handled, transfer cargo handled and revenue generated from cargo operations at IGI Airport in the financial year 2016, Jet Airways consistently achieved the highest rating amongst its peers.

Commenting on the honour, Gaurang Shetty, Whole-time Director, Jet Airways, said “This award recognises the efforts undertaken by Jet Airways in expanding our cargo operations – both in India and abroad. We will further keep striving to improve the quality of our offerings in the fields of customer service, products and network of service. With India emerging as a flourishing trade destination, Jet Airways aims to be the preferred choice for traders to ship their cargo.”

Pradeep Kumar, Senior Vice President, Cargo, Jet Airways, added, “We are delighted to receive this award since it is a glowing testament of our consistent initiatives towards offering excellent cargo services. This honour will further motivate the team to go beyond the traditional approach and find new means to improve services so that it benefits our customers. Seamless cargo operations also ensure that customers continue to put their trust in us and therefore it augments long term profitability of the business.”

The GMR – IGI Awards is an annual event held by Indira Gandhi International Airport, New Delhi, which recognises the best performers in the aviation industry for the past year and awards partnerships between airlines and airports. These awards help develop IGI Airport as an important global air hub.

The IGI Airport Awards, first held in 2012, has become one of the most important aviation events in India recognising the efforts of Indian airlines in categories such as Operations, Commercial, Cargo and Innovation of the Year.