Here’s something Arjun Kapoor is getting his animation on and dubbing for a special character. The actor has taken on the cool and fun job of portraying Buck in the Hindi trailer for Ice Age: Collision Course The story of the new adventure in the Ice Age franchise.

Scrat’s epic pursuit of the elusive acorn catapults him into the universe, where he accidentally sets off a series of cosmic events that transform and threaten the Ice Age world. To save themselves, Sid, Manny, Diego and the rest of the herd must leave their home and embark on a quest full of comedy and adventure, as they travel to exotic new lands and encounter a host of colorful new characters. 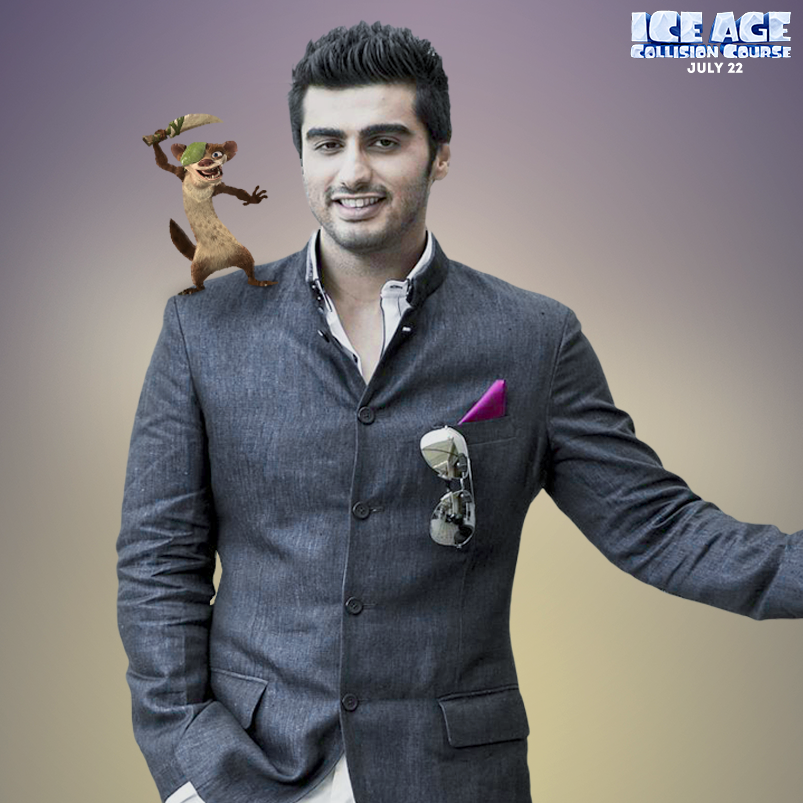 Buck is still the swashbuckling, slightly off-kilter protector of the Lost World we met in ICE AGE DAWN OF THE DINOSAURS. When this weasel discovers a sign that the end of the world is near, he comes up from the Dino land below to warn his friends, setting off with them on a mission to save the world.