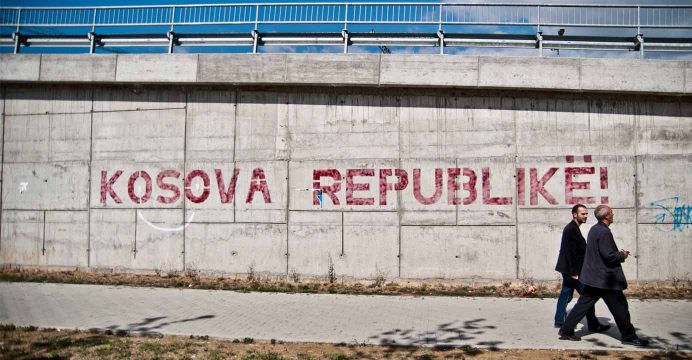 The World Bank and the Ministry of Economic Development of Kosovo organized a joint two-day event National Conference on Kosovo Digital Economy (KODE) Program on June 21-22, 2016. It convened several ministries, telecommunications and information technology (IT) companies, industry associations, and academia.

This event is part of the ongoing World Bank’s support to the Government of Kosovo in defining its Kosovo Digital Economy (KODE) Program. KODE is a priority measure for 2016-2018 under the Government’s Kosovo Economic Reform Programme. The KODE Program will position Kosovo to realize sustainable economic growth and job creation through the wider use of broadband internet infrastructure and the development of globally competitive digital businesses and digital skills.

Kosovo’s economy has seen largely inclusive growth in the past few years. Now, the opportunity exists to build a more competitive economy that will be productive and create more jobs, especially in rural communities and for women, where labor force participation is among the lowest in the region. The KODE Program aims to build the infrastructure, skills, and job-creating businesses that will lead to higher value exports and foster the inclusion especially of rural inhabitants and women into the global digital economy.

The conference included discussions on developing the Internet infrastructure across the country and identifying priority regulations and actions to improve poor broadband connectivity in rural areas, per the Government’s broadband policy targets for 2020.

Minister of Economic Development, Blerand Stavileci, noted that, “Everyone in Kosovo would benefit from the wider reach of affordable broadband Internet services. Small businesses and individuals would be able to access markets, resources, information, and services faster and reach across borders to improve their economic opportunities. The effect will be especially pronounced in rural communities, which have typically not been part of the global digital economy.”

The discussion also focused on how the digital economy would create more and better inclusive jobs in Kosovo. Here, the World Bank presented the findings of a new report on Digital Economy Skills for Jobs, and the interim results of the Women in Online Work pilot.

The Digital Economy Skills for Jobs report reflects a year-long series of consultations with Kosovo’s IT businesses. It proposes a mechanism for a demand-oriented skills development program that will accelerate the growth of IT exports by developing human capacity in line with the needs of established firms and startups. A focus here is to include more women in the sector, through targeted awareness raising and mobilization efforts. Doing so will close the significant gender gap and potentially increase the participation of women in the digital economy, where jobs can pay more than in other sectors, and have higher positive spillovers for the rest of the economy.

“The digital economy can play a major role in boosting Kosovo exports, but job creation due to growth in these exports is not automatic,” said Mr. Marco Mantovanelli, World Bank Country Manager for Kosovo. “Demand-focused training such as what is proposed in the Digital Economy Skills for Jobs report will help young people—and potentially young women—who would be connected with, and benefit Kosovo by unlocking the economic opportunities of the global information age.”

The conference also presented the interim results of the Women in Online Work pilot, which is operational in two municipalities since February 2016 and is funded by the Korea Green Growth Trust Fund. The program trains young women to find and do work on global online platforms. About half-way into the pilot, trainees have already earned more than US$ 4,000 by bidding and completing a range of tasks related to web and graphic design. The results of this pilot will help to define possible scale-up strategies to include more women in digital work, where their locations and schedules could be flexible to accommodate family and social commitments, potentially bringing more women into the labor force.

“Job creation is one of the highest priorities for Kosovo, with focus needed on participation and productivity of the entire population,” said Mr. Avdullah Hoti, Minister of Finance for Kosovo. “The WoW pilot suggests that targeted efforts to include more women into the workforce and to connect them with global sources of demand can translate into positive outcomes for those individuals and for the economy. It shows that Kosovo has the potential to build a vibrant digital economy that expands work opportunities for young people across the country as well as interconnects public institutions, schools and other public facilities for more efficient and accessible public sector services.”

Making the Internet universal and affordable in Kosovo and adapting workers’ skills and businesses to the demands of key export markets are precursors for transforming Kosovo into a digital economy. Funding for these efforts has been provided by the Korea Green Growth Trust Fund (2014-2016) and Public-Private Advisory Infrastructure Facility (PPIAF).