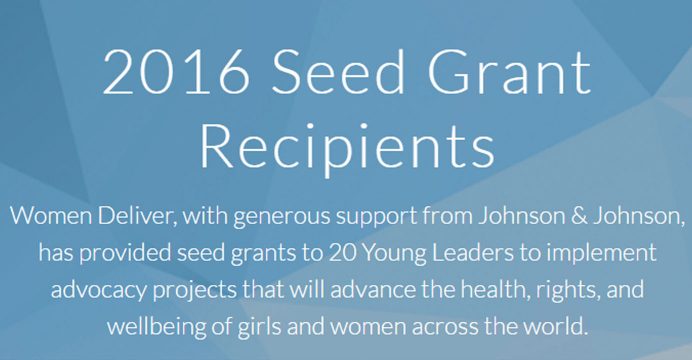 Women Deliver, a global advocacy organization, awarded seed grants of US$5,000 each to 20 Young Leaders to support six-month projects aimed at advancing girls’ and women’s health, rights and wellbeing in their communities.

Like the first 10 seed grants from 2014, the current projects focus on a variety of sexual and reproductive health and rights advocacy areas. Annah Sango’s seed grant will go to improving the overall health and dignity of young women living with HIV in Zimbabwe by providing the necessary skills and information to which they often lack access. Another recipient, Jasmine George of India, is creating six audio podcasts that will inform young people about sexual and reproductive health and empower them to access these services.

As a leading global advocate for girls’ and women’s health, rights and wellbeing, Women Deliver brings together diverse voices and interests to drive progress, particularly in maternal, sexual, and reproductive health and rights. It builds capacity, shares solutions, and forges partnerships, together creating coalitions, communication, and actions that spark political commitment and investment in girls and women. Women Deliver believes that when the world invests in girls and women, everybody wins.

“With half the population in the world under the age of 30, the voices and choices of young people is absolutely crucial for people and planet,” says Katja Iversen, Chief Executive Officer and President of Women Deliver. “With the new Women Deliver seed grants, 20 inspiring young leaders from 15 countries can catalyze action and improve the lives of thousands of girls and women in their communities.” 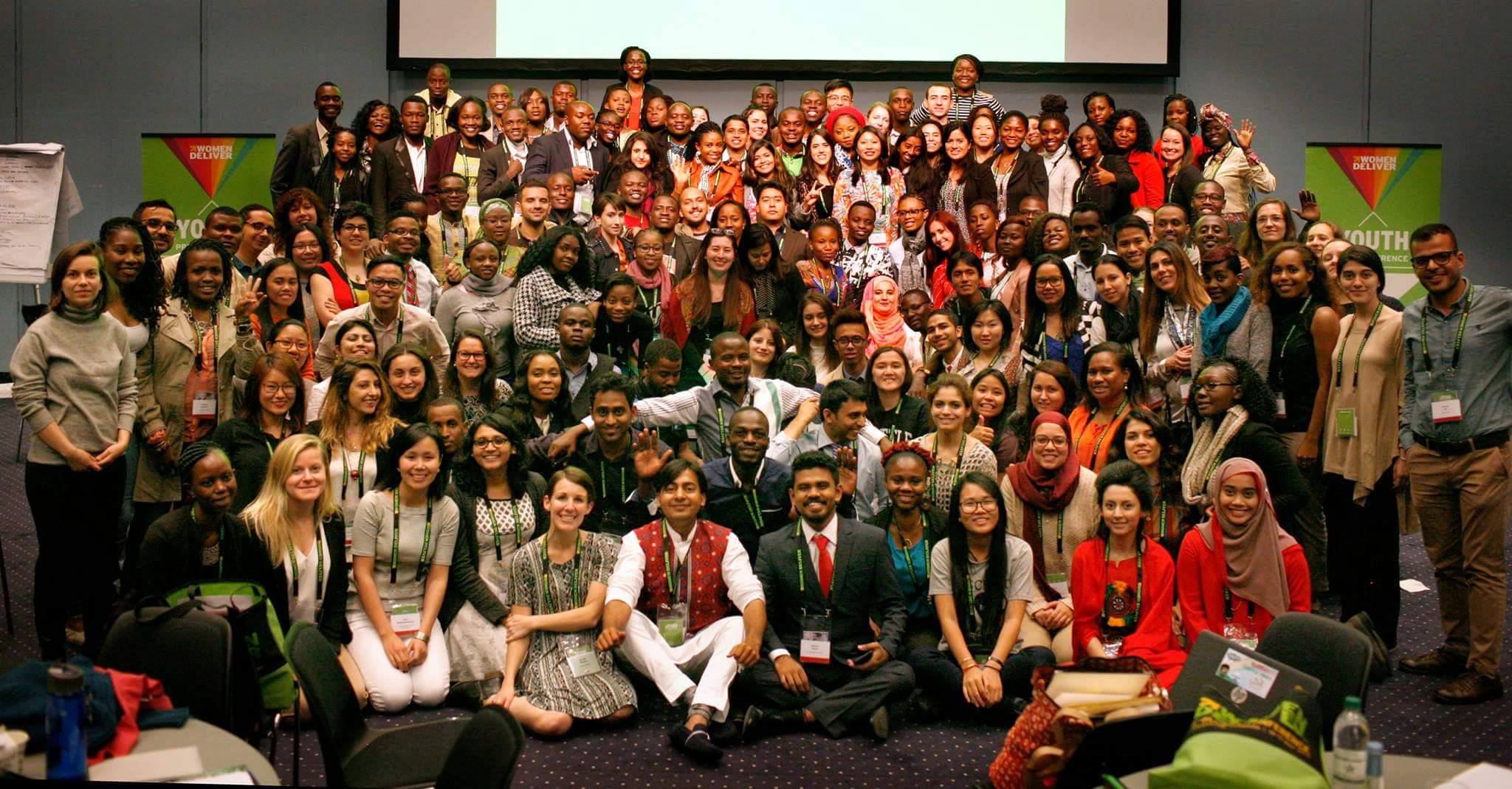 “Johnson & Johnson believes the future is in the hands of our youth. They are powerful voices and agents of change for their own needs, transforming policy, programs, cultural norms and their communities for the better,” said Lauren Moore, Vice President, Corporate Citizenship, Johnson & Johnson. Rakibul Hasan, a seed grant recipient from Bangladesh, is Feature Editor of The Bangladesh Today, regularly contributing op-eds and columns to more than 20 regional newspapers. Generally, he writes on counterterrorism, security issues, LGBT and gender-based violence. He is interested in public policy analyses, peacebuilding, conflict transformation, and the role of youth. Rakibul believes in ensuring freedom of expression, especially to the youth community. He advocates for youth participation in new media and citizen journalism around the country. Previously, he was a Research Analyst at the Bangladesh Institute of Peace and Security Studies.

Rakibul graduated from the Department of Peace and Conflict Studies at the University of Dhaka. In 2014, His Excellency VK Duggal, State Minister of Manipur, India awarded him with the Global Youth Award, recognizing his role in the community and the region. He was invited to the 2015 World Youth Summit 2015 India as a country coordinator of Bangladesh.

His project – Peacempire – will use digital storytelling and advocacy workshops on Sexual and Reproductive Health and Rights to reduce the rate of Early Forced Marriage (EFM) and Violence against Women (VAW) involving young people. The project will also form a coalition bringing together SRHR experts, traditional leaders, political quarters, administrative bodies and survivors in monthly social campaigns on major streets of the area. The goal is to build the capacity of young advocates to effectively respond to EFM and VAW incidences through citizen journalism and digital media to ensure legal interventions and public engagements.