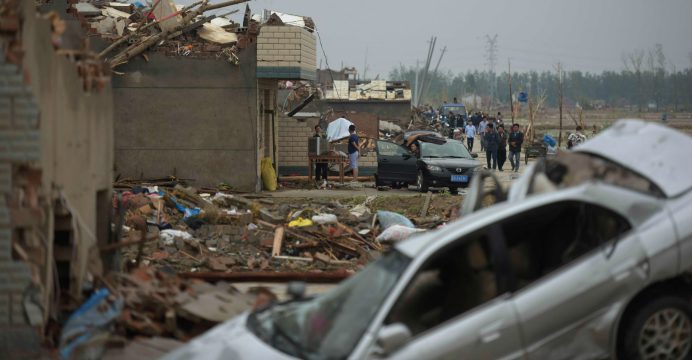 Emergency personnel mounted rescue efforts amid scenes of carnage on Friday as the toll from hurricane-force winds and a tornado in China rose to at least 98 dead, with hundreds more injured, reports BSS.

Whole villages were levelled and huge trees felled when winds of up to 125 kilometres (77 miles) per hour struck around Yancheng city, the official Xinhua news agency said. So far 98 people have been confirmed dead and about 800 injured, it cited local authorities as saying.

President Xi Jinping ordered “all-out rescue efforts” after what Xinhua said was one of the worst disasters ever to hit Jiangsu, including the worst tornado to hit China in half a century. 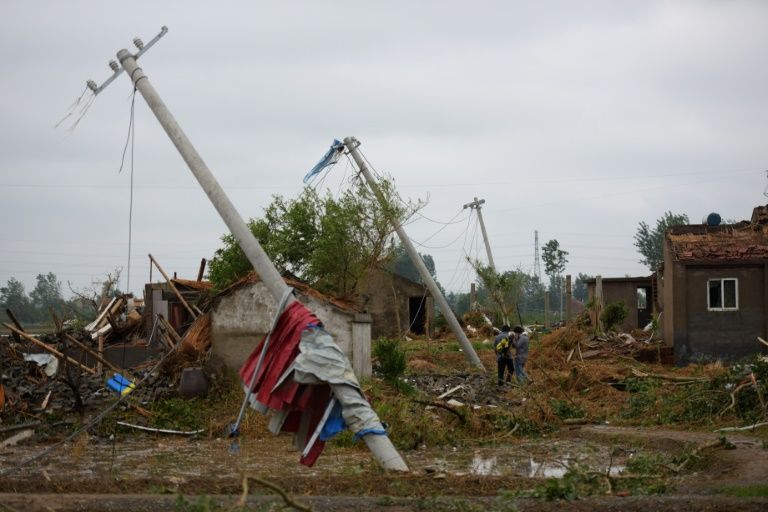 Residents walk amongst the rubble of destroyed houses after a tornado in Funing, Yancheng

Sun Yazhou, a resident of Funing county, one of the hardest-hit areas, was driving a concrete mixer truck when a tornado passed him, tearing the glass out of his vehicle windows.

“The sky was completely dark. I was scared, but I had nowhere to run. I had to wait it out,” he told AFP.

At a Funing county hospital, a factory worker with head and arm injuries and on an intravenous drip told AFP he had been swept out of his workplace by the tornado, despite clinging to a door as he tried to hold it shut against the storm.

“It all happened so fast. I have never seen anything like this before in my life,” he said.

“I thought for sure I was going to die,” he added. “I can’t believe I am still alive.”

The factory — which employed around 1,000 workers — and its dormitory were destroyed.

“I have nothing now. My money, my things, all gone. It was so scary,” he said.

In the town of Lixin, cars and houses were destroyed and trees uprooted.Bulldozers dug up rubble while rescue workers dug through debris for survivors.

Flooding is common during the summer monsoon season in the south of China,but rainfall has been particularly heavy this year.

Many parts of China have been lashed by torrential rains this week as summer rainstorms have been heavier than usual, causing damage across the country.