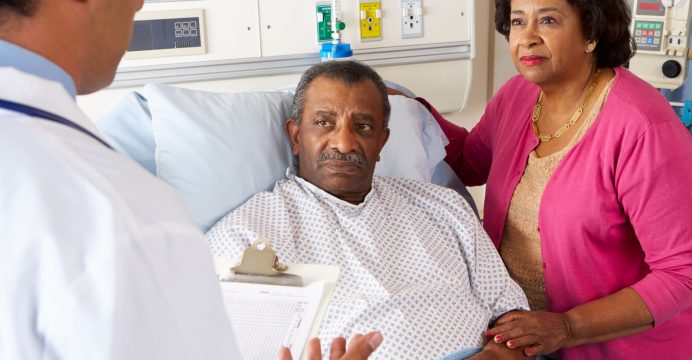 Timely use of Novartis’ Entresto could prevent or postpone over 28,000 US deaths per year among HFrEF patients

A new analysis published  in JAMA Cardiology has found that timely and broad adoption of Entresto® (sacubitril/valsartan) by all eligible heart failure patients with reduced ejection fraction (HFrEF) could prevent or postpone more than 28,000 deaths each year in the US alone.This analysis, based on an application of the results of PARADIGM-HF to published heart failure statistics, is the first to quantify the possible impact of Entresto’s potential benefit in reducing death.

Heart failure is a chronic condition that contributes to more than 300,000 deaths in the US every year.About half of people with heart failure have HFrEF. This new analysis estimates that as many as 28,484 deaths in HFrEF patients annually could be prevented or postponed with optimal use of Entresto (with sensitivity analyses demonstrating a range of 18,230 to 41,017).

Further, the study suggests that delaying routine use of Entresto in clinical practice could have a substantial negative effect on patients, given the expected risk-benefit profile, as it could result in failure to prevent tens of thousands of deaths. These findings demonstrate the significant survival benefits Entresto could offer to those living with HFrEF, if patients in the group defined by the authors were given access to treatment.The study authors stated that nearly 84% of HFrEF patients – 2.2 million people – may be candidates for treatment with Entresto.

Heart failure is a life-threatening condition and despite available medicines, about half of patients diagnosed with heart failure die within 5 years. According to the study authors, these findings may substantially impact the national health of the HFrEF population, offering significant clinical benefit in preventing or postponing death when applied in clinical practice.

“This analysis demonstrates that Entresto can save the lives of thousands of patients every year if used in all eligible heart failure patients with reduced ejection fraction (HFrEF),” said Vas Narasimhan, Global Head of Development and Chief Medical Officer for Novartis. “Entresto has now independently received a class I recommendation in clinical guidelines and was shown in multiple analysis to be cost effective so physicians and health care systems should feel confident in ensuring rapid and broad use of this breakthrough medicine.”

In a separate analysis published in the same issue of JAMA Cardiology, researchers used data from the PARADIGM-HF trial to model the health consequences and cost-effectiveness of Entresto over a 30-year time period. They compared Entresto to the ACE-inhibitor enalapril and found Entresto was associated with more than a year longer average survival time, and that it was cost-effective compared to enalapril when these medications were used with other standard of care therapies. For every 1,000 patients treated with Entresto vs. enalapril, potentially 59.7 HF hospital admissions could be averted per each year alive in the model.In addition, Entresto increased life expectancy at an incremental cost-effectiveness ratio consistent with other high-value widely accepted cardiovascular interventions such as implantable cardioverter defibrillators (ICDs) and cholesterol-lowering statins before they became generic.