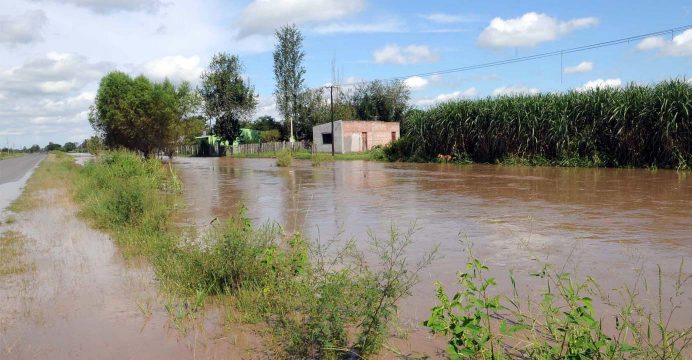 The World Bank Board of Executive Directors approved a new project for Argentina today totaling US$200 million to strengthen flood risk management in the city of Buenos Aires and improve drainage systems in the Cildáñez, Vega and Maldonado Stream basins. The project will directly benefit 3 million people.

“This project makes a substantial contribution towards a safer, greener and more livable city, thanks to innovative aspects in terms of risk transfer, the incorporation of a modern hydrometeorological surveillance system, and high impact works,” said Martín Mura, Minister of Finance of the Buenos Aires City Government.

By reducing the impact from rain, the Flood Risk Management Support Project will help 1.7 million people commute to work, and access schools and medical facilities. Moreover, it will benefit 1.3 million people living in the three target basins, 236,000 of which are the most exposed to loses in case of floods. Furthermore, the project will help improve living conditions among the 20,000 people living in informal settlements in the Cildáñez Stream area.

“This is a new step towards the development of a modern flood protection system for the capital, so that millions of people are able to live in safer conditions,” said Jesko Hentschel, World Bank Director for Argentina, Paraguay and Uruguay. “At the same time, it will improve health conditions for residents of Soldati Lake, one of the areas with the highest social and environmental vulnerability in the city.”

The project forms part of the Hydraulic Master Plan of the Autonomous City of Buenos Aires, which establishes a series of actions until 2050 to reduce the risks and effects of the floods generated by the eight basins contained in the city. This loan follows along the path started in 2005 by the Urban Flood Prevention and Drainage Project for the City, which supported the construction of a new drainage system in the Maldonado Stream Basin, tripling the drainage capacity of the basin and directly benefiting close to 1 million people.

The total cost of the project is US$326 million, US$200 million of which will be financed with a fixed-margin World Bank loan, which includes a 22-year maturity period and a 7-year grace period. The remainder will be financed by the City Government.