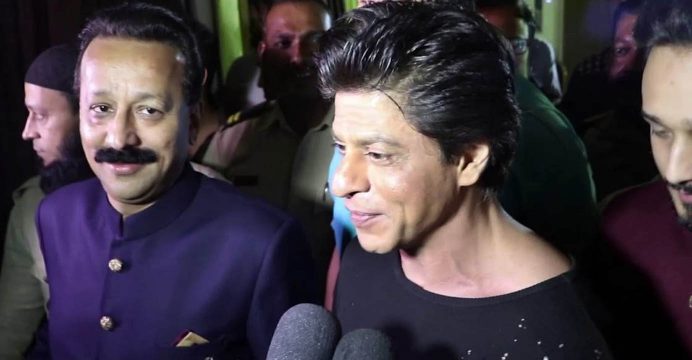 Baba Siddiqui’s Iftaar Parties have always been the talk of the town every year. Whether it is for mending broken friendships or Bollywood personalities letting their hair down and having fun.

This year the much awaited awaited Iftaar celebrations of Baba Siddiqui were held on Sunday evening at a five-star hotel in Bandra and many Bollywood celebs graced the event.

Celebs like Salman Khan, Shah Rukh Khan, Katrina Kaif, were spotted at this star studded party. The newly married couple Karan Singh Grover and Bipasha Basu were seen enjoying each other’s company and were inseparable throughout the evening. They walked in holding hands and posed for the media together. Arpita Khan and Aayush Sharma attended the event with their newly born son Ahil in tow. Much to everyone’s delight Salman Khan was seen enjoying the evening playing with his adorable nephew.

The King Khan of Bollywood Shahrukh Khan came in late for the party. But he was at his charming best and graciously thanked the generous hosts, Baba Siddiqui and Zeeshan Siddiqui for their hospitality.