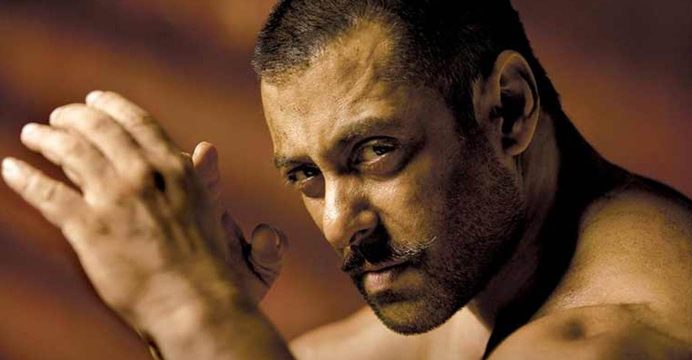 Bollywood movie star Salman Khan ran afoul of a national women’s group, film critics and Twitter users on Tuesday after saying that training sessions for his new film made him feel like a “raped woman”, Reports Reuters.

Khan, arguably India’s most popular actor, made the remark during media interviews over the weekend to promote the film “Sultan”, in which he plays a professional wrestler.

“It is the most difficult thing,” the 50-year-old actor told reporters in Mumbai on Saturday when asked about his training schedule. “When I used to walk out of that ring, it used to be like a raped woman walking out.”

The remark, which initially went unnoticed, sparked outrage on social media with the hashtag #InsensitiveSalman trending for several hours.

The National Commission for Women (NCW), a government-run body for women’s rights, took notice and wrote to Khan demanding a public apology within seven days.

“He has demonstrated the patriarchal mindset that is prevalent in this country – unfortunately, he will get away with it,” Lalitha Kumaramangalam, the NCW chairwoman, told a television channel.

Khan, who holds broad appeal among audiences drawn to his image of a bad boy with a heart of gold, has not commented and his manager did not answer phone calls.

Prominent movie critic Raja Sen said on Tuesday he would not watch “Sultan”, which opens in cinemas early next month.

“It’s our fault that we have given stardom to such a misogynistic idiot!” said Twitter user Neeraj Khandelwal.

Khan’s remark comes after a string of rape cases in India in recent years that made international headlines. One gang rape, torture and murder in 2012 led to New Delhi being dubbed “India’s rape capital”.

It is not Khan’s first brush with controversy.

Last year, a Mumbai court overturned the actor’s conviction in a 13-year-old hit-and-run case in which he was accused of running over a homeless man.

In 2007, Khan was jailed for nearly a week for shooting an endangered gazelle on a hunting trip in the desert state of Rajasthan. He is also out on bail in a case over the killing of protected antelopes.