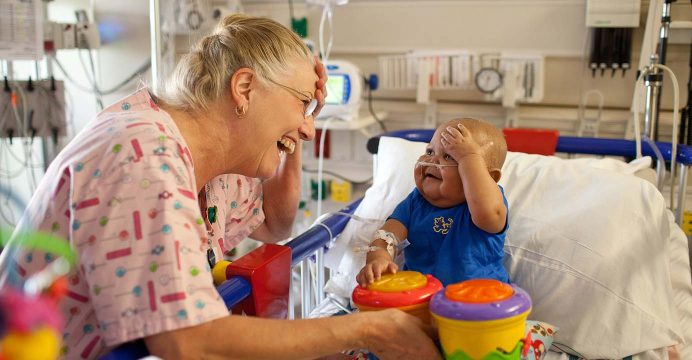 Data for the annual rankings were collected and analyzed by RTI International. RTI created a methodology specifically for U.S. News, which surveys pediatric physicians and children’s hospitals.

The rankings include the top 50 U.S. hospitals and reflect the quality of care in each of these specialties: cancer, cardiology and heart surgery, diabetes and endocrinology, gastroenterology and GI surgery, neonatology, nephrology, neurology and neurosurgery, orthopedics, pulmonology, and urology.

Researchers analyzed data from patient outcomes, physician surveys, and structural resources of each hospital to determine the rankings. The data included a clinical questionnaire sent to 183 pediatric hospitals, and surveys completed by over 6,000 pediatric specialists over three years across the 10 ranked specialties.

In the 2016-17 report, 78 hospitals were ranked in at least one specialty and 11 ranked high enough in at least three specialties to be named in the honor roll.

The 2016-17 edition of the Best Children’s Hospitals and the full methodology are available at the U.S. News & World Report website.