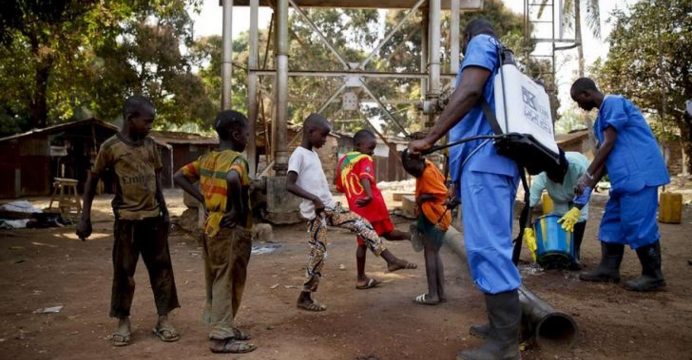 End of Ebola transmission in Guinea

The World Health Organization (WHO) declares the end of Ebola virus transmission in the Republic of Guinea. Forty-two days have passed since the last person confirmed to have Ebola virus disease tested negative for the second time. Guinea now enters a 90-day period of heightened surveillance to ensure that any new cases are identified quickly before they can spread to other people.

“WHO commends the Government of Guinea and its people on ending this Ebola outbreak,” says Dr Abou Bekr Gaye, acting WHO Representative in Guinea. “We must continue to be vigilant to ensure that we rapidly detect and stop any new cases that may occur.” WHO and partners are working with the Governments of Liberia, Sierra Leone and Guinea to help ensure that survivors have access to medical and psychosocial care, screening for persistent virus, as well as counselling and education to help them reintegrate into family and community life, reduce stigma and minimize the risk of Ebola virus transmission.

WHO is supporting the three most-affected countries to strengthen key public health programmes, especially maternal and child health, while continuing to maintain the capacity to detect, prevent and respond to any flare-up of Ebola.