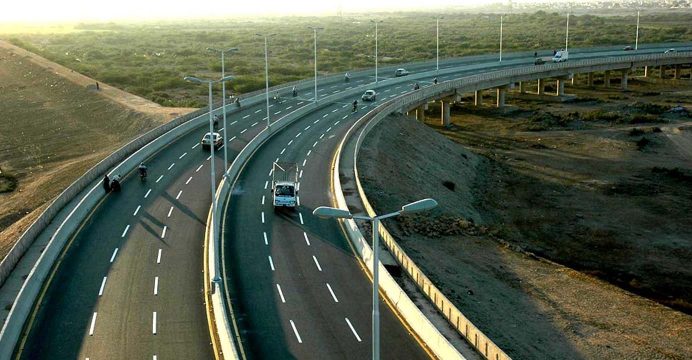 The Asian Development Bank (ADB) and the Government of Pakistan today signed an agreement for a $100 million loan to build the remaining 64-kilometer section of the motorway (M-4) connecting Shorkot and Khanewal in Punjab province.

“Pakistan must grasp the opportunities presented by its strategic location. Investments in transport and connectivity under the framework of Central Asia Regional Economic Cooperation (CAREC) programs, as well as other regional cooperation initiatives, can put Pakistan’s economic development on an upward trajectory,” said ADB Vice-President Wencai Zhang.

The project marks ADB’s first cofinancing with the Asian Infrastructure Investment Bank (AIIB). AIIB will provide a $100 million loan subject to its board approval later this month. The United Kingdom’s Department for International Development (DFID) has also committed a $34 million grant for the project. ADB will administer both the AIIB loan and the DFID grant.

ADB through its transport sector projects is assisting Pakistan to upgrade key sections of primary north-south highways and motorways. This project is part of a 1,800 km CAREC transport corridor linking the port city of Karachi in the south, to country’s inland urban centers and onward to Afghanistan and the Central Asia countries.

Once completed, the transport project will help substantially cut travel time between Karachi and Peshawar and link up Pakistan with the Central Asia countries boosting regional trade and commerce.